Studied 3- and 4-year-olds' understanding of deception, inside the Theory of Mind framework, in order to stress the ability to read both the liar's and the victim's mind. In the experiment 1, 48 subjects (mean age 3,7) were asked about the difference between the lie and the truth (presenting a story with some puppets). In the experiment 2, 31 subjects (mean age 4) were asked about lying (presenting stories with some pictures). In the exp.1, children could make a distintion between lie and truth but they weren't able to attribute a false belief to the victim of deception. In the exp. 2, children could understand the liar's intention and goals. Differently from the exp.1, the 61% of the children were able to say that the liar's statement induced the victims to hold false beliefs and to behave in consequence. Data shows that 3-year-olds can distinguish lies from true statements but they do not conceive the victim's false belief. From the age of 3,6, children start to answer correctly about the liar's and the victim's mental states. 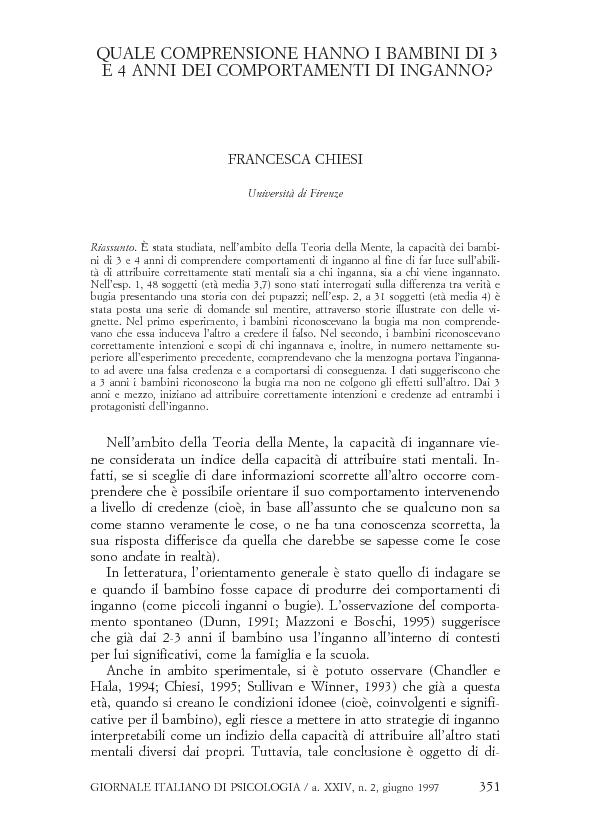