Summary. Introduction. Explored the impact of a multidisciplinary project of health promotion in a cardiology ward, with reference to the positioning of the patients towards the care process and the personal management of the disease. Method. Three months after discharge, 19 patients (median age of 66, 7 female, 12 male) with ischemic heart disease, cardiomyopathya and cardiac arrhythmia were called for a phone qualitative interview about their experience of the project of health promotion. Data was collected in the form of verbal reports. The texts were examined with the Foucauldian Discourse Analysis method. Results. The text analysis shows three most significant discursive repertoires which show that a multidisciplinary care process during the hospitalization, that takes into account biological, psychological and social aspects of patients, can facilitate therapeutic alliance between the professional carers and the patients. Conclusions. A care process that promotes patients’ subjectivity and involvement could facilitate positioning in which perceiving themselves more protagonist in their own experience of illness. 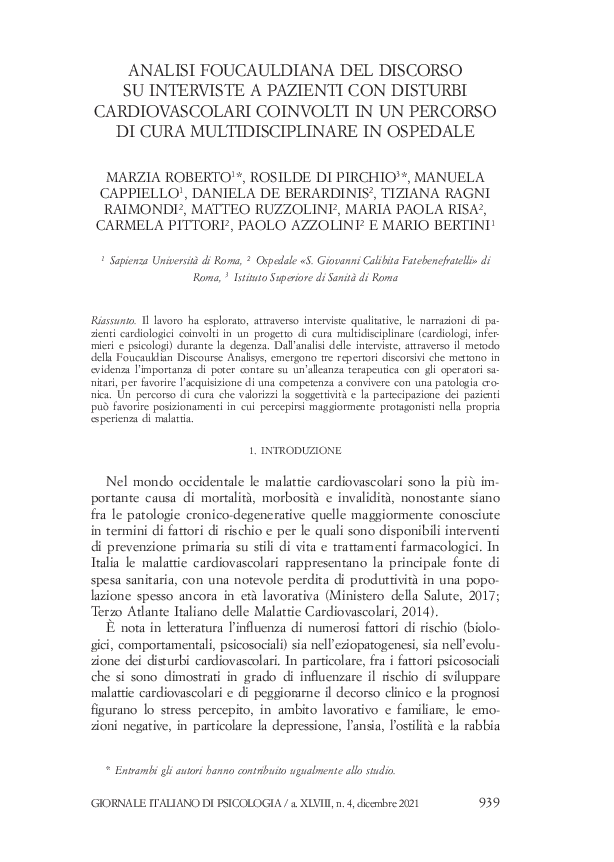