Musicology has only recently addressed its attention to the study of music in Italian silent cinema, in its multifaceted aspects regarding the praxis, musical repertoires, production contexts, and the public. Until now, research on music in silent films has focused its attention on music expressly composed for a specific film, which - as is well-known - represents only a minimum percentage of the music played in cinemas. Although we know a great deal about these scores, almost nothing is known about the everyday practice of musical accompaniment for silent movies by small ensembles (so-called "orchestrine") or solo pianists. This paper investigates the most widely-diffused praxis in cinemas: the use of compilations of pre-existing musical pieces to create musical accompaniments for movies. Although the number of documents that provide information about this praxis is limited, it is not impossible to indicate the features that characterized it and the procedures that were adopted by conductors of cinema orchestras. As an example, two musical accompaniments based on compilations are considered: the "commenti musicali" prepared by Maestro Estill, the conductor of Supercinema in Florence, for the movies "Sunrise" by Murnau (1927) and "Laugh, Clown, Laugh by Brenon" (1928). Furthermore, a detailed study of articles in newspapers and trade press relating to how this music was adopted in cinemas allows us to develop the information at our disposal. The historical picture concerning music in Italian cinemas which emerges from this survey is different in many respects from any other geographical context. Nowadays, this kind of research can be useful not only for a mere historical purpose but also for promoting a more historically documented reconstruction of musical accompaniments for films, based on original musical repertoires. 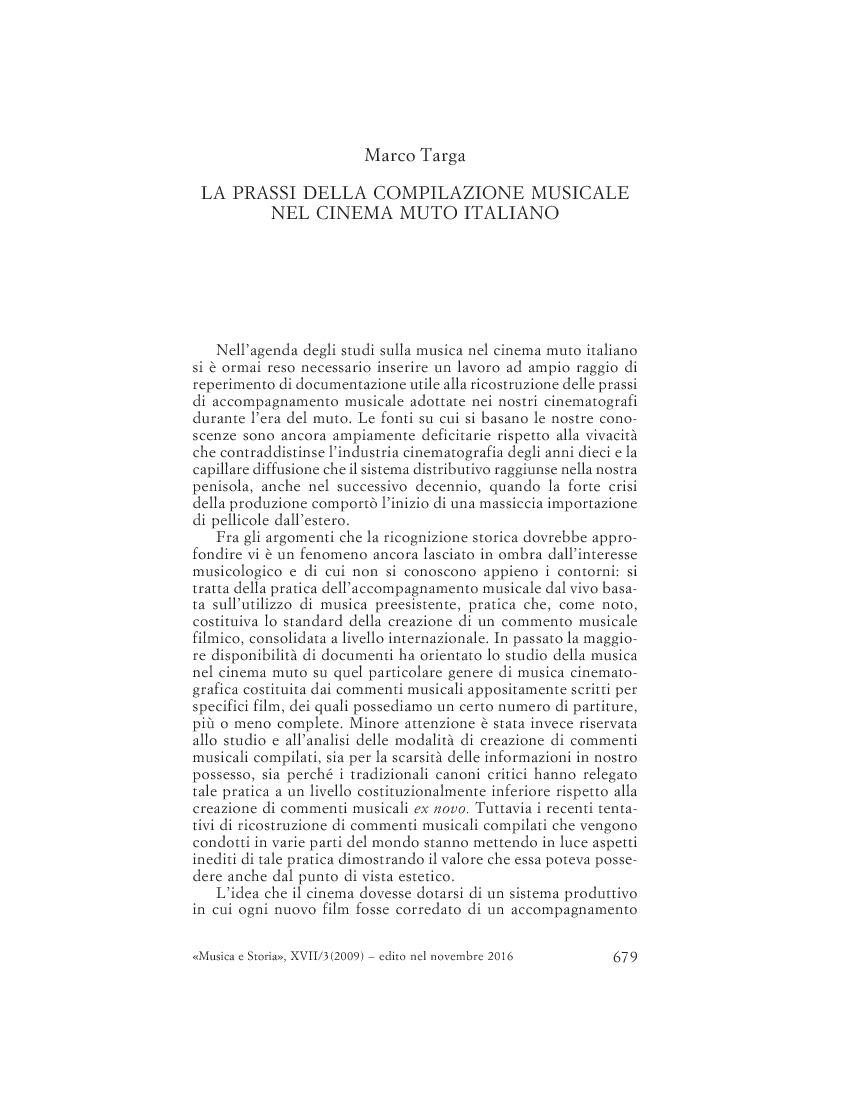