"Dodecafonia" (dodecaphony) was incorporated into the musical lexicon by Alaleona in 1911 to refer to the division of the octave into eight equal parts. It later came to denote the use of the twelve tones. In 1926 Pannain, referring to the compositional method invented by Schönberg, speaks of "Schönbergian dodecaphony" or "Schönbergian dodecaphonic system". Again in 1928 Pannain seems to deem it superfluous to specify that and simply uses "dodecafonia" and "dodecaphonic system". In the 1930s, "dodecaphonic system" becames widespread as a term in the meaning just mentioned while "dodecafonia" can be used to refer to both the free use of the twelve tones and the Schönbergian method. From this perspective, the dissemination of texts by Leibowitz, who in 1947 uses the adjective "dodécaphonique" and to whom the success of the term "dodecafonia" to denote the Schönbergian method is attributed, seems - at least as regards the Italian lexicon - to confirm rather than suggest this. Also as regards "atonalità" (atonality) we register a variation of its meaning which nevertheless does not seem to find a complete solution. Reported since 1911, in the 1920s it is the central topic of a debate in which Casella, Bas, Cimbro participate, mainly noting that it lacks a centre of harmonic gravitation. In 1930, departing from this meaning, Pannain uses it to define the Schönbergian method. This ambiguity characterised the use of the term in the 1940s and 1950s and can be noted, until recently, not only in the Italian lexicon. 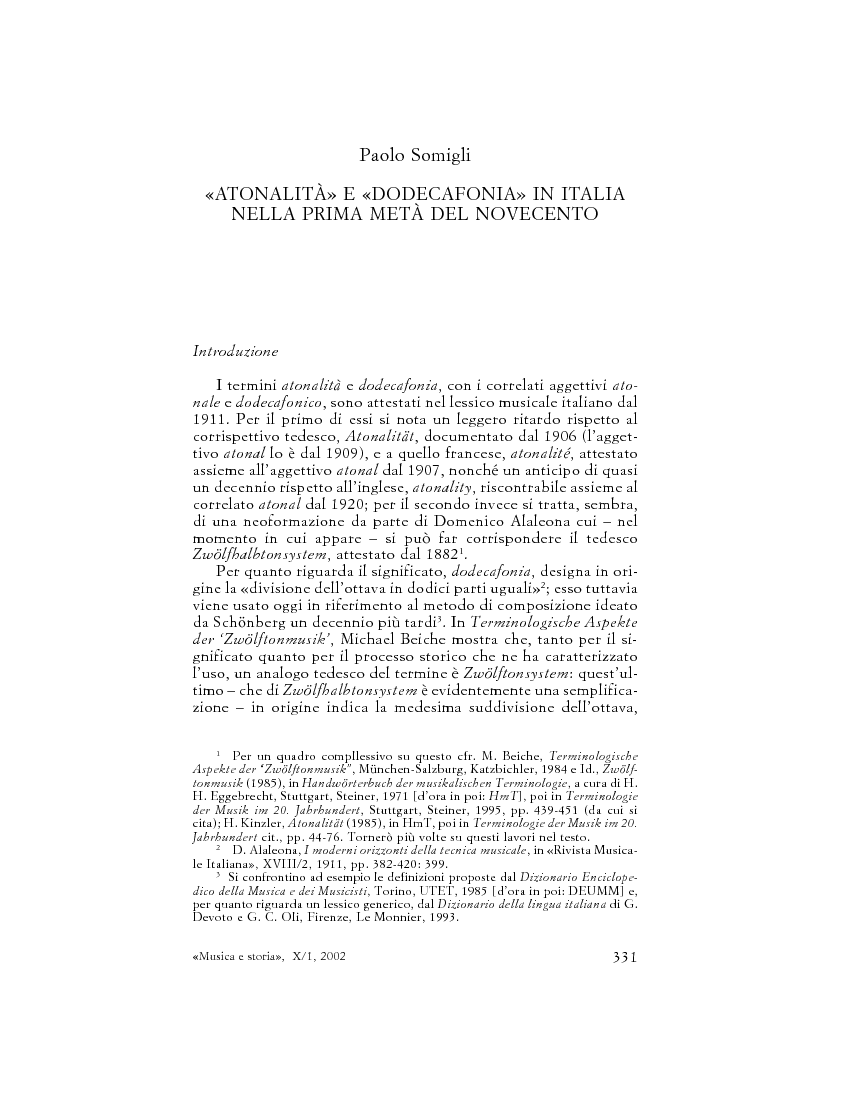