This essay investigates the role held by the music in the "Historia Apollonii regis Tyri", a Latin romance composed between the fifth and sixth centuries perhaps on the base of a Greek model, and in its subsequent remakings. Notwithstanding the numerous adventures and frequent colpi di scena, typical of a literature of popular entertainment, the insistence on the importance of culture, and the attention dedicated to the cultural preparation of the characters are striking in the composition. The function of culture is in any case circumscribed more by technical and practical than theoretical spheres. Thus Appollonio is defined as a young expert in all the arts, in accordance with an encyclopaedic-like education: a definition that will be reprised in the Middle Ages in order to mark out the qualities of an excellent prince. And it is significant that among the various "artes" music occupies a privileged place. Goffredo da Viterbo's "Cronica de Apollonio", addressed to the young emperor Enrico VI, is written from a similar perspective, in which, not by chance, it is often a musical "performance" that signals decisive narrative junctures of the romance. In another Castilian remaking, the "Libro de Apolonio", composed towards the middle of the eighteenth century, the intention of the anonymous author in amplifying the role of music and of song in the business of Apollonio is clear. In fact, the allusion to the praxis of musical performances at court is evident, not only through the use of 'new' musical instruments with respect to the Latin model, but also courtesy of the use of a precise technico-musical vocabulary: a reflection of the cultural policies of courtly society in which music and song represent the most refined artistic expressions and the figure of the jester is raised to a new dignity. 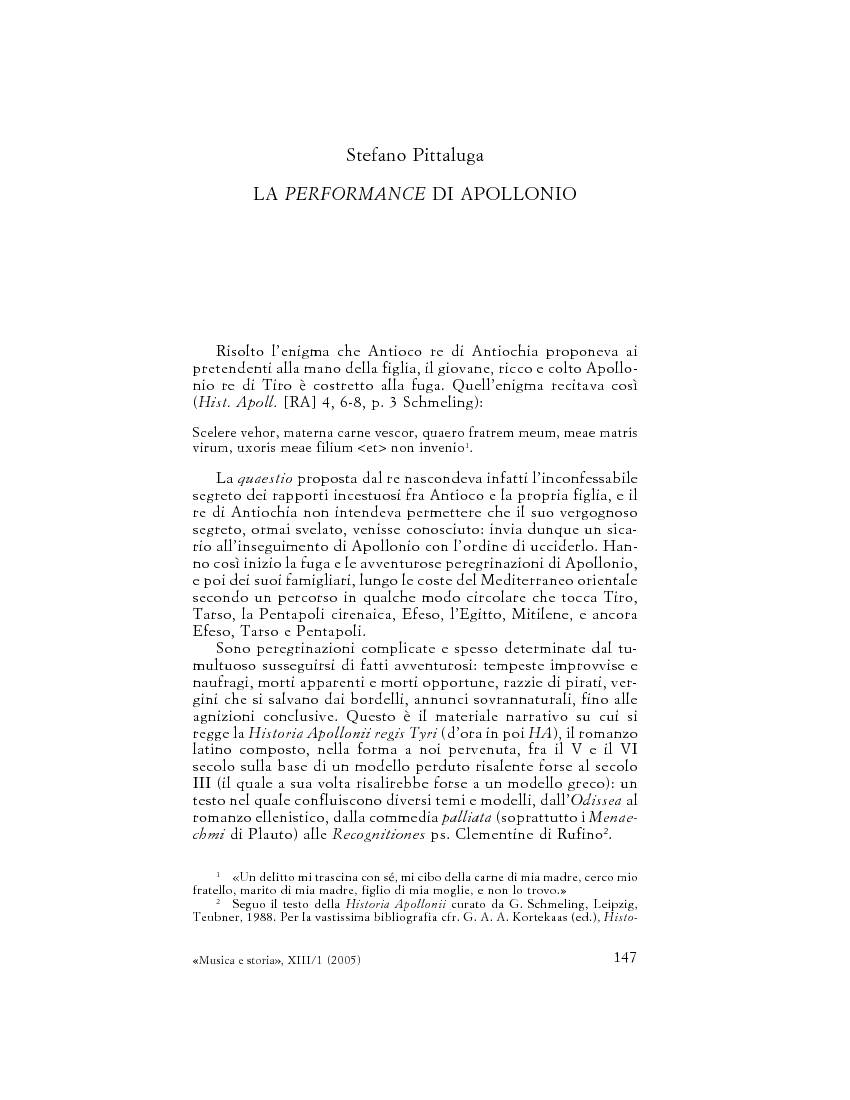