Manuscript 318 of the Archivio della Badia di Montecassino conserves a short poetic text on the ordeal promoted by the prelate Paulinus II in order to resolve the controversies in Italy following the demand of Charlemagne that the Latin churches conform to Roman chant and rites. The divine will was manifested in favour of Roman chant, which therefore came to substitute Ambrosian chant. At Milan, a similar episode was narrated in 1085 by Landolfo the elder, but here the judgement of God placed the two rites on the same level, by recognising the full legitimacy of both. These and other reasons exclude the possibility that the text of MC 318 refers to milanese chant. In the Cassinese manuscript, the poem is inserted immediately before the second Tonario, which shows marked "beneventani" liturgico-musical characteristics: perhaps the poem on the contrast between "cantus romanus" and "cantus ambrosianus" has been placed intentionally before it because the "cantus ambrosianus" has been identified with the ancient "canto beneventano", which the local choristers were calling "ambrosianus". It is not however certain that the origin of the poem is also "beneventano-cassinese". In fact, the relationship between Charlemagne and Paulinus of Aquileia concerns rather the liturgical-musical vicissitudes of the Patriarcate of Aquileia; moreover, the ordeal described was documented exclusively in the German and North Italian area. A North Italian (but not milanese) provenance of the poem is therefore hypothesised. Morever, it is demonstrated that this was not an autonomous poetic text, rather a prologue in verse placed originally at the head of a Gregorian "Antifonario". 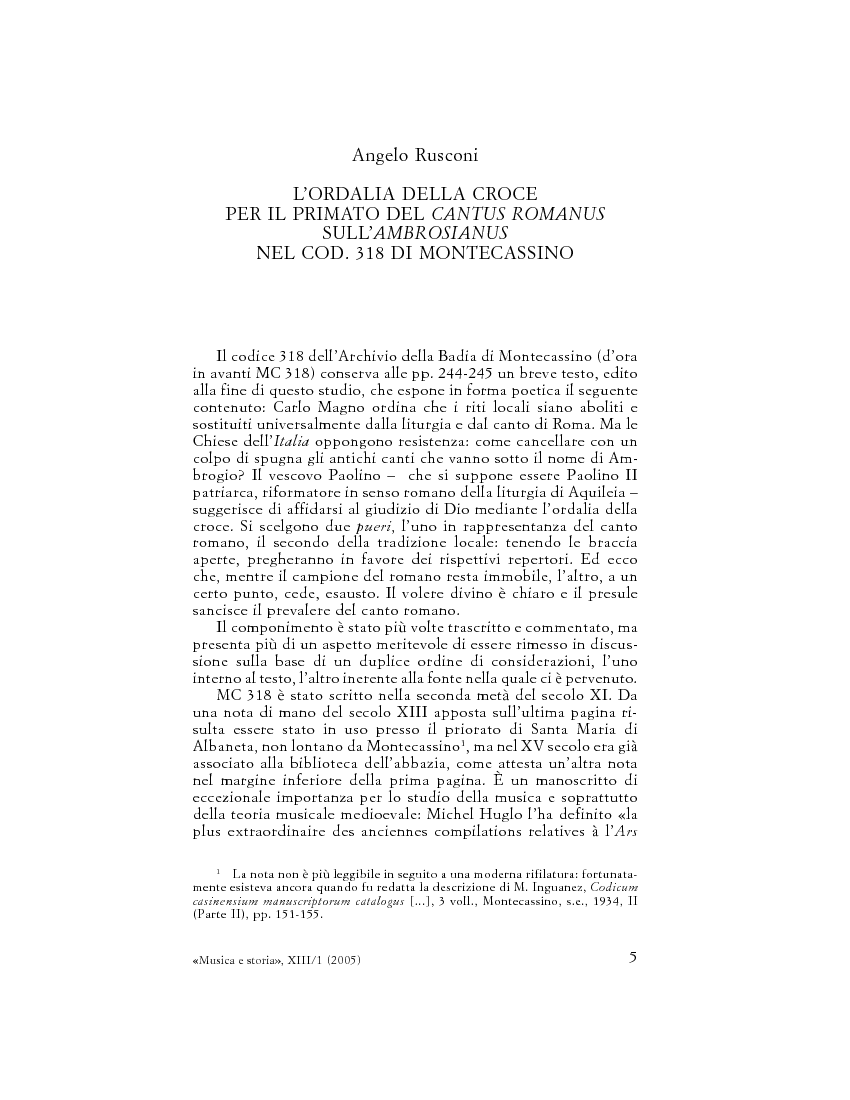