In the last forty years, a very fruitful line of research has consisted in examining how from the "chaos" of opera 'alla veneziana' one may arrive at the cosmos of the early eighteenth century. This kind of investigation has by now verified that the tendency of "proto-Arcadian" taste did not assert itself suddenly, nor was it owing to Apostolo Zeno, labelled for centuries as a reformer. But in 1987 Thomas Walker indicated another path, by suggesting the making of soundings not only of the mobility of taste, but of its fixity during the seventeenth century, in part due to the rooting of local renaissance 'auctothonal traditions'. By choosing to look at the convention-laden heritage of the sixteenth century, the problem of the scenarios is interwoven with the question of theatrical genres, tied to both Aristotle's "Poetics" and those of Orazio which emphasised the adjustment of style to "plot". Even without completing a systematic research, one notes the vivacity of the pure comic scenario, the aristotelian "medietas" of the pastoral or sylvan scenario, and the existence of "intermezzi" in two or four parts: that is to say, of a coherent and independent "fabula" interpolated in the principal "plot", more serious and elevated in level and language. These "pièces" barely reached Venice, but were diffused throughout a great part of the peninsula, being discovered in other "piazze". Perhaps not by chance, the artifices of the classicizing resistance, at times "accademici della Crusca", almost all enter into Arcadia. 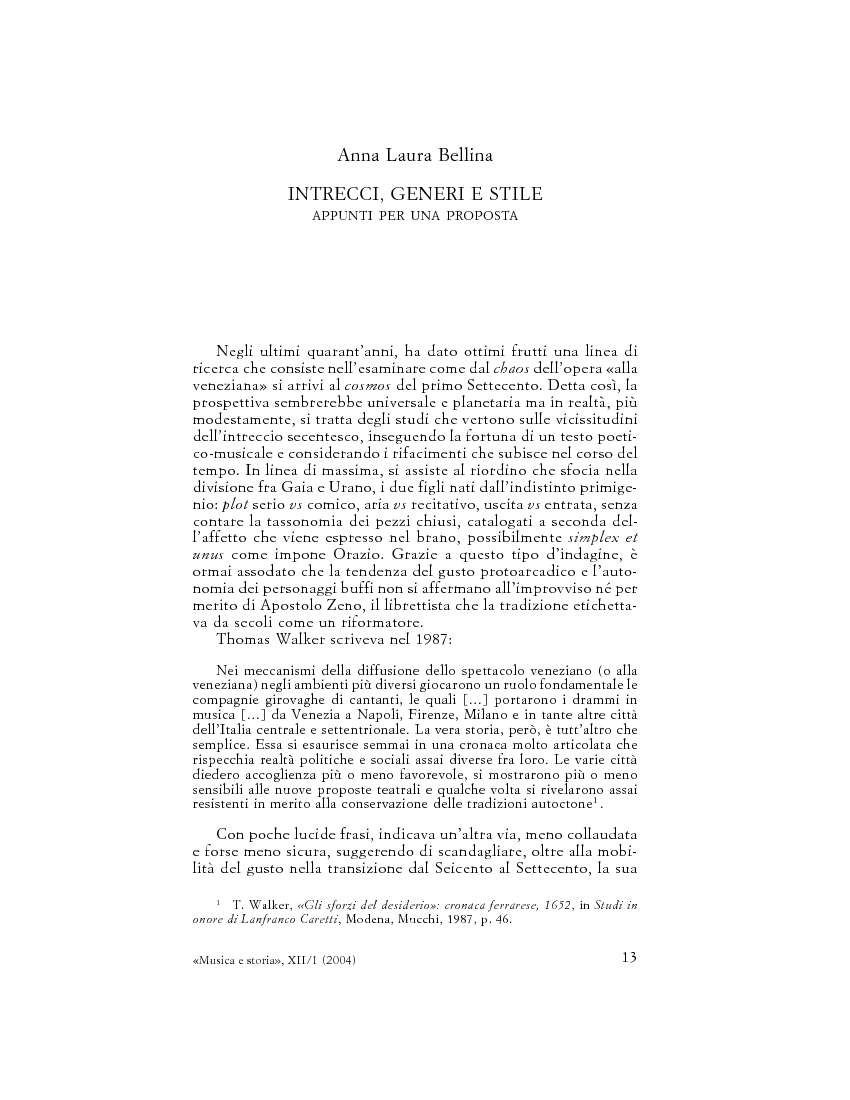