Girolamo Brusoni (Badia Vengadizza 1614 - ?) is quite well known for his exuberant work as a novelist and historian, but much less as a theatre poet. Friend of F. Pallavicino and G. F. Loredan, member of the Accademia degli Incogniti, with the name Aggirato, in the 1640s, this 'less known' Brusoni wrote the 'musical fable' Antigenide, five-act work published together with the heroic-comic fable Ardemia, the spiritual drama "S. Giovanni, vescovo di Traù" (St. John, bishop of Traù) and various poems in the book "Poesie e Drami", which contains no information about the publisher. The libretto has characteristics of the mid-seventeenth century Venetian melodrama, following the fashion of combining heterogenous dramatic and literary models, with hints of fashionable narrative forms such as the novel. Within the undeniable conventionality of the libretto appear occasional genuinely personal touches and allusions to contemporary historic events. Together with a consistent number of 'mainly strophic arias' and 'ariettas' with verses of equal length, the parts in recitative style show considerable metric ductility, which prompts several occasions for arioso movements. 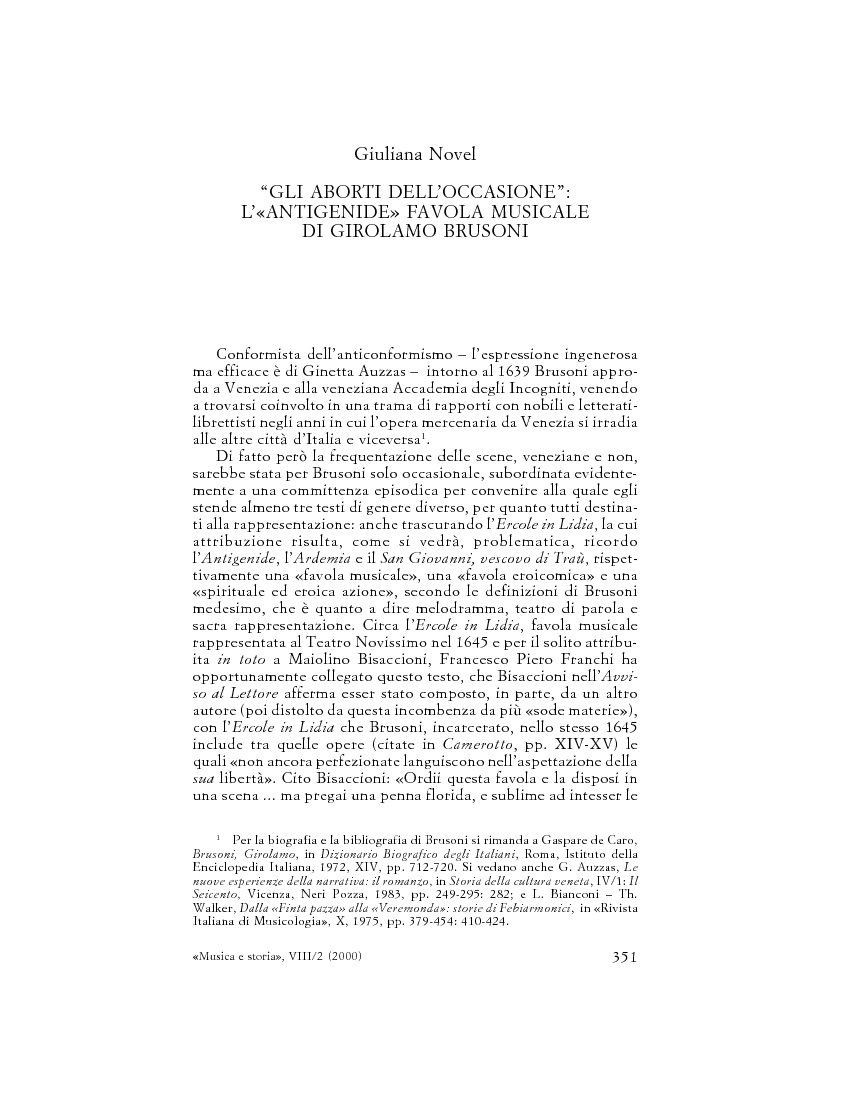