This article, which reveals the presence of tropes in fragments which have, until now, been unknown, introduces material for mass chants, from the Novalesa (preserved in Turin, Archivio di Stato), texts from Foligno, and several additions which appear in a manuscript from Ivrea (ms. XLII della Biblioteca Capitolare). Texts from the areas of Ravenna, Macerata and Florence are also mentioned, and their similarities with sources which are already known to us. In contrast to the generally rare presence of tropes in chants for the Office (more appear in the responsories) an antiphonary from Brescia (Biblioteca Capitolare, 13) contains six. Further information on the tradition and performance of tropes and sequences can be read in the Ordinary Books of various cathedrals, as already shown by Giulio Cattin. A processional from Genova has some similarities with those from Florence. A15th-century Ordinary in the British Library (Addd.42503) provides information about the performance of sequences, of which Notkerian passages seem to dominate the santorale section, though there is no lack of Romance and Italian pieces. Finally, the discoveries made from a substantial collection of speckles which remained on a trope-sequence Gradual from Spoleto are described. Though it is in fragments, it provides us with some passages with no concord or rare pieces linked to the Benevento area. 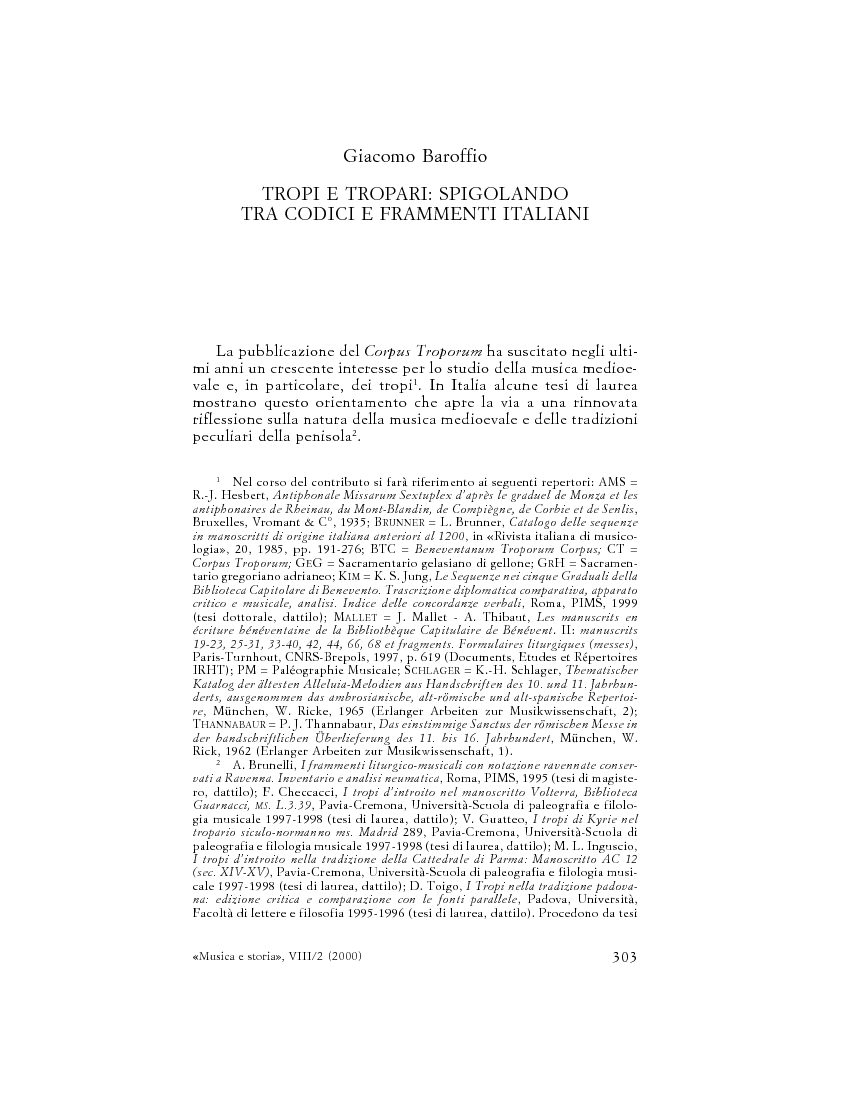