Object of this research is a homogeneous group of four Greek musical manuscripts. They are valuable for the peculiarity of the melodic content and for the presence of the Middle Byzantine Musical Notation, namely the first type of Byzantine neumes that can be deciphered. Only one of the four manuscripts presents a colophon with the date of completion and the name of the scribe as well as clear indication of origin. This examination of the manuscripts has led to a hypothesis about the dating (the first half of the thirteenth century) and the localization of the said manuscripts (area subject to the influence of S.mo Salvatore of Messina, if not even the monastery itself). On the other hand the uniformity of the melodic tradition and the textual affinities that have been found seem to confirm not only a common origin, but also the existence of a local musical tradition, developed around the archimandritate of S.mo Salvatore. Actually the four codices are the only known examples of a particular type of Italo-Greek liturgical-musical book, where the contents of two books - originally kept separate - the Psaltikon and the Asmatikon are united. Since this phenomenon does not imitate existing models, it could be linked to a specific musical tradition in Southern Italy, where S.mo Salvatore "in lingua phari", the most ancient and powerful of the Greek monasteries of Norman Sicily, played a dominant role from the outset. 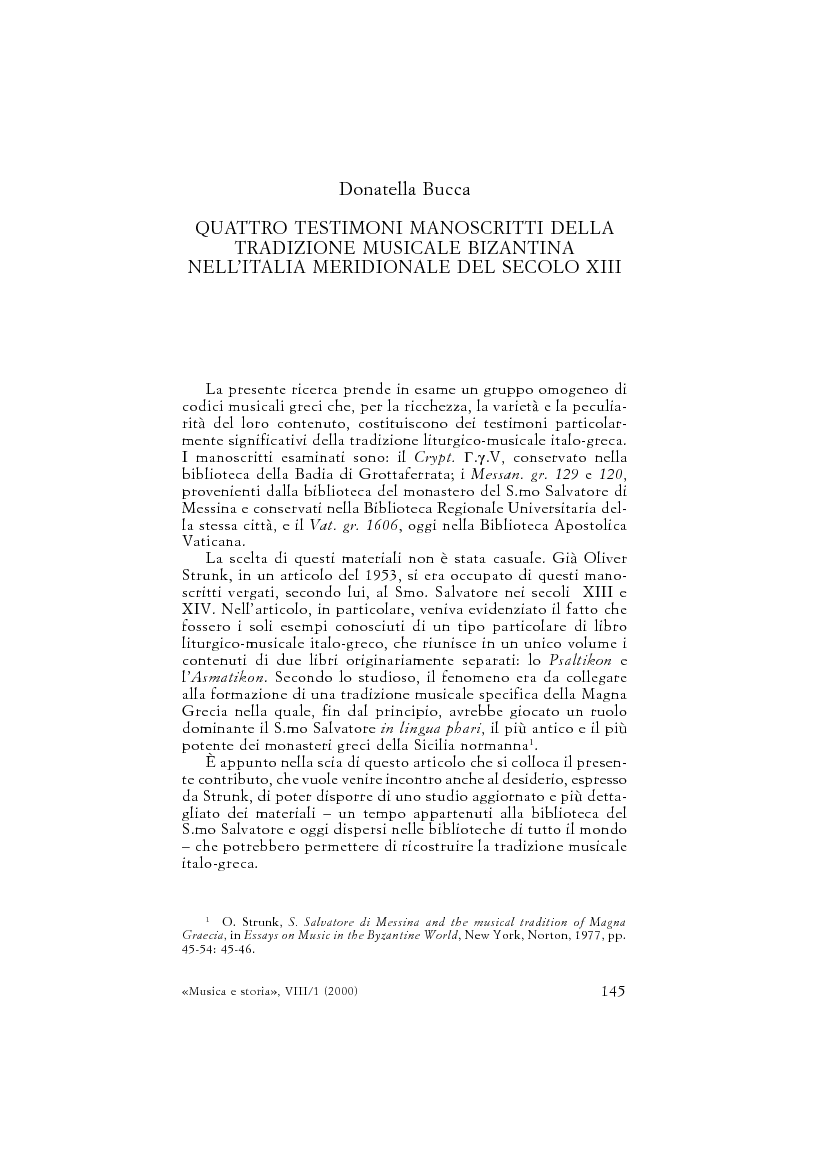