This article is divided in two parts: 1) a survey of the surviving principal liturgical books of the diocese of Trento, tending to point out the characteristics which unite these sources, with some paradigmatic example, and 2) the discussion about some peculiarities of the Trent's liturgy, compared with the German and North-eastern repertory. The Trent's witnesses, starting from sacramentaria, show a strong dependence from the German world. An important "Missale notatum" of 1296 (Bolzano, Museo Civico, Ms. 1304), till now neglected by scholars, is described here beside the analysis of kinds and peculiarities of many liturgical manuscripts from Trent with 15th century notation. A mention is also reserved to the editions, among which the Ludovico Mandruzzo's Ritual of 1583 stands out. The diocese of Trent can be considered in every respect a diocese of the German area, even in comparison with the liturgical customs. In spite of the use of books "secundum consuetudinem curiae romanae", the Trent's liturgy shows some interesting peculiarities, as the employment of tropes, the use of Alleluias which are different from the Roman ones, some particular rites during the Holy Week and the Easter (as the sung watch at the Sepulchre by the "pueri" of the "schola" and their teachers during the entire night of the Good Friday, the drama of the Holy Saturday, the procession "Ad fontem"), the employment of songs in the mass, which were also executed from people in German language, the pontifical blessing after the "Pater noster" and not at the end, the large use of sequences. Some of these peculiarities are not learned from the liturgical books, but from the diaries, the archives' documents, or from the letters of personages which were extraneous to the diocese of Trent, for example at the time of the Council. 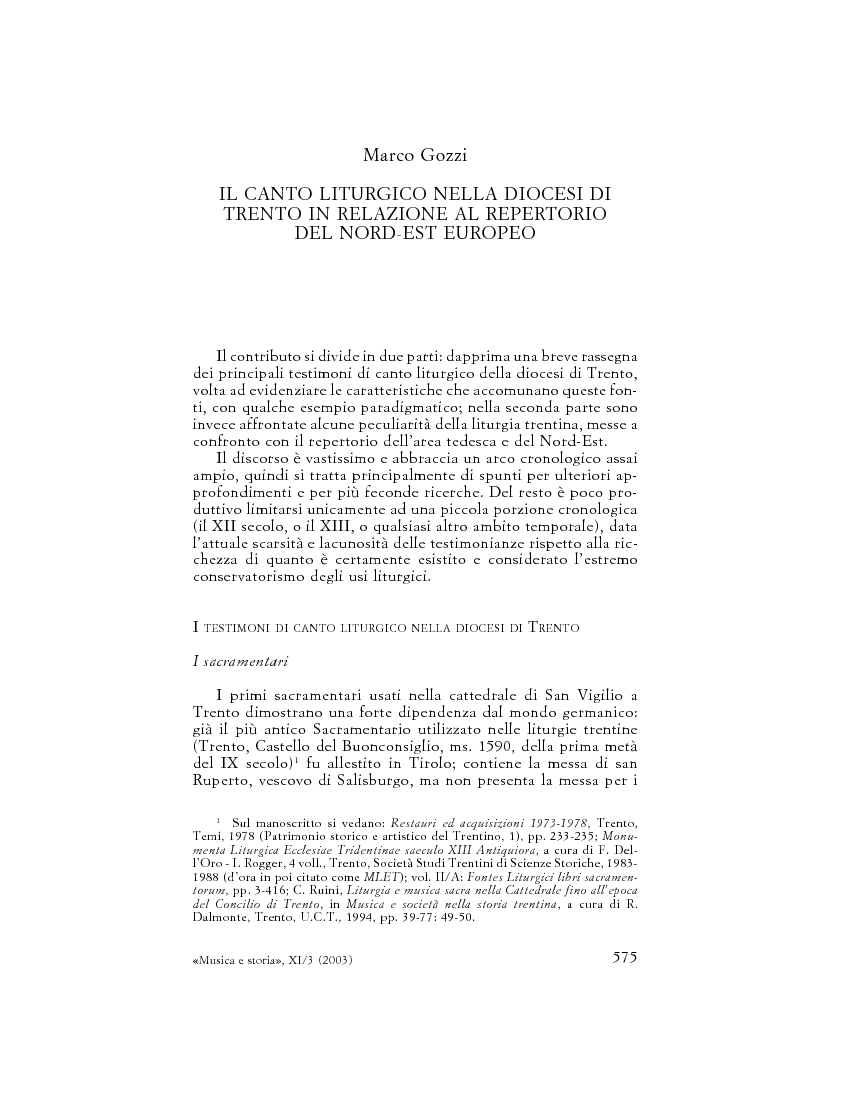