The present paper, devoted to the detailed analysis of the proper Offices composed for three groups of saints venerated in the Aquileian diocese (Hellarus and his companions, martyrs of Aquileia; Donatus and his companions, patrons of Cividale; and Georgius, the very well-known saint from Cappadocia), tends to offer a further confirmation of the often remarkable variety found in the Aquileian musical repertory according to the different centres of the diocese, though in relation to the same liturgical occasion. So it is wished to point out how, studying the saints' Offices, the chronological interpretation, looking after the natural evolution of the liturgical praxis through the ages, cannot be separated in any case from the geographic one, tending to the discovery of local peculiarities, on which the presence of relics or not, the dedication of sacred bildings and/or altars, the promoting action of certain religious institutions can have had some influence. More particularly, the Office for Hellarus and his companions shows the evolution of a cult risen in Aquileia and successively spread all over the territory of the diocese without variations in the degree of solemnity of the feast. The Office for Donatus and his companions documents the flourishing of a special cult in Cividale, that since the early 13th century will surpass the importance of the veneration promoted in Aquileia, where, on the contrary, at least till the 14th century, texts and melodies will be drawn from the common of the martyrs. Finally, the Office for Giorgio shows the special attention kept for a saint of the Roman calendar, with different versions in Aquileia and Cividale. In the last centre the highest levels of formal elaboration of the Office will be reached beside a greater solemnization of the feast. 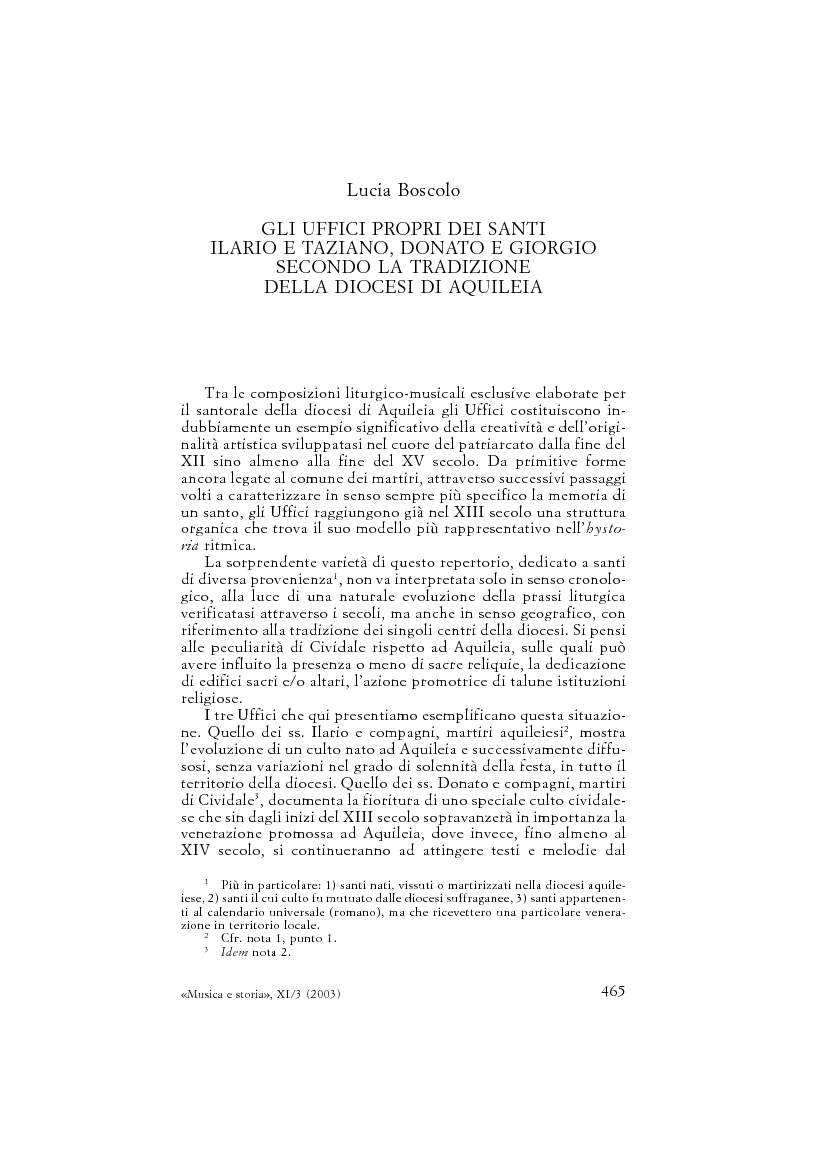