Pieces are collected in this paper from Hungarian sources which are common with North Italian manuscripts and can be borrowings from Italy in an early period of Hungarian music history (XIth-XIIth centuries). Some important items are recorded already in the Codex Albensis (beginning of XIIth century, from South-Eastern part of that time Hungary). The pieces presented are: the antiphons "A diebus antiquis", "Laetabitur deserta", "In adventu summi regis"; the responsorium prolixum "Quam magnificata est"; two verses to the responsory "Ecce Adam" ("Eiecit que Dominus Deus Adam", "Gloria Creatori"); the Alleluias "Natus est nobis" (with the contrafactum "Salve crux sancta"), "Haec est vera fraternitas", "O quam gloriosum est regnum"; the melodic assignments of an Alleluia-cycle ("Modicum - Vado - Usquemodo"). A special case is the Historia for ordinary Sundays "Beati qui in lege tua jugiter", which has been found only in Northern Italy, sporadically in Northern Europe and in Hungary. In the transmission from Italy to Hungary the main role might be played by Aquileia and Venice. Perhaps it is not by chance that the first bishop of the Hungarian diocese Csanad (for which the Codex Albensis was probably written) was Gerard, monk from San Giorgio, Venice. 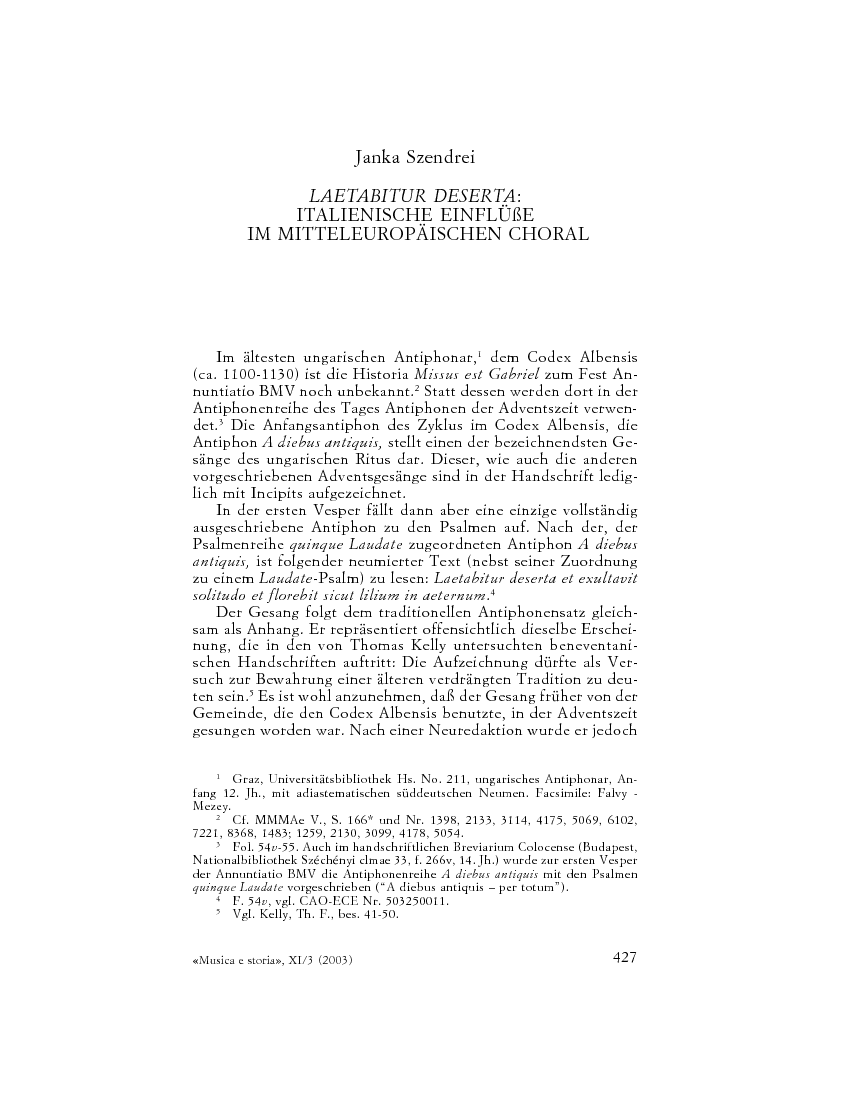