Although they were originally ascribed to the tragedies, for different reasons, both Antony and Cleopatra and Cymbeline belong to a phase, in Shakespeare’s career, when he mingled the dramatic principles of tragedy and comedy in different proportions, and are ‘problematic’ works in their own way. They do not seem to share much, beyond their similar date of composition, the historical frame, and the presence of the Cydnus scene, re-evoked by Enobarbus in the former ( ii .2.197-233) and described by Iachimo, from a tapestry, in the latter ( ii .4.66-76). The aim of this article is, first of all, to show the existence of other similarities between the two plays, by describing and analysing them; and secondly to suggest that this intertextual dialogue can shed some light on Shakespeare’s reading (and on his audience’s reading) of the story of Cleopatra. 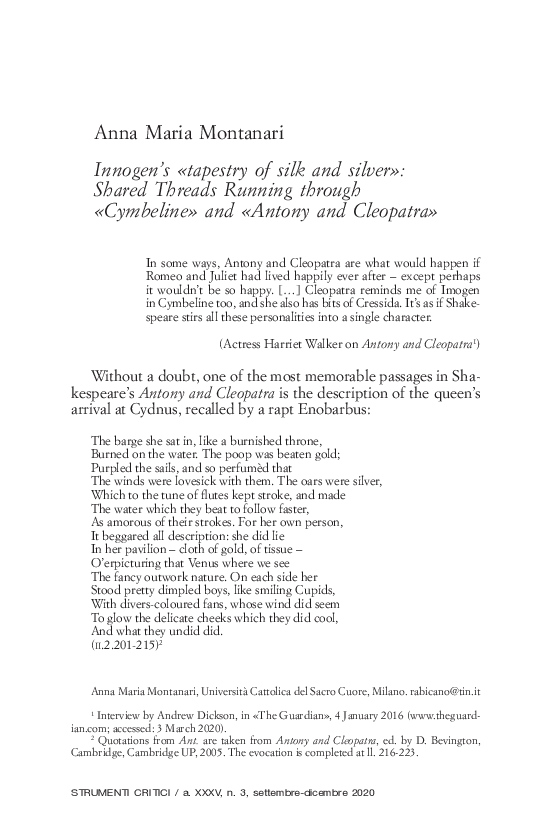