This essay considers Michelangelo's work in the context of the affirmation of the new category of the "artist", typical of the high Renaissance and leading to a modern view of artistic creation. The process producing a work of art, initially conceived exclusively in terms of imitation of nature, acquired the status of act of creation (with the artist thus turning from being an artisan to being a gifted "artista divino"). The influence of Platonism and Neoplatonism on this transition, in which Michelangelo played an eminent role, is analysed in detail. On the other hand, as the Neoplatonist Benedetto Varchi supposed, the Aristotelian theory of potency and act is crucial in Michelangelo's artistic theory, based on viewing matter as a source of potencies which is only revealed by the artist's mind, illuminated by divine grace. This sheds new light on Michelangelo's concept of "non finito" as the technique which allows an artist to catch the passage from the possible to the real without exhausting the pure potency in the act. 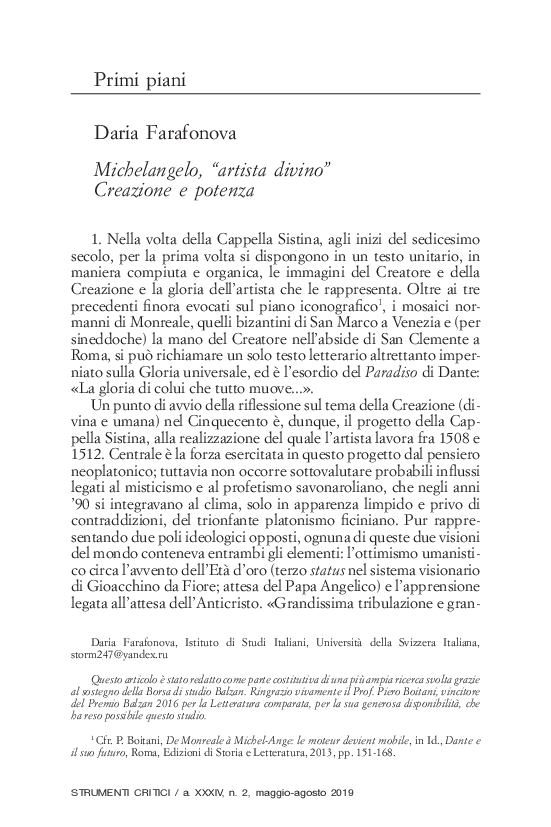