Eugenio Montale visited Greece twice: in 1948 (see "Luce d'inverno" in "La bufera e altro") and in 1962. In the second visit (that was the source of three articles on «Corriere della Sera»), Montale had as exceptional guide Margherita Dalmàti, a cembalist, poet and a translator of Italian writers into Modern Greek. In Montale's articles, characterized by a lack of attention to the most famous places and monuments on the mass tourist itinerary, he admires the landscape, and he maintains the mind stores memories of 'minor' moments and "apparently casual" meetings. Montale expands on the character of the modern Greeks, on their "southern" behavior, on their individuality, on the continuity of the classical world. The third article is dedicated to Kavafis, Montale had already written an important article about him in 1955. From 1962 on he was present in his poetry: in "Satura", and in "Quaderno di quattro anni" (the poem "Leggendo Kavafis"). 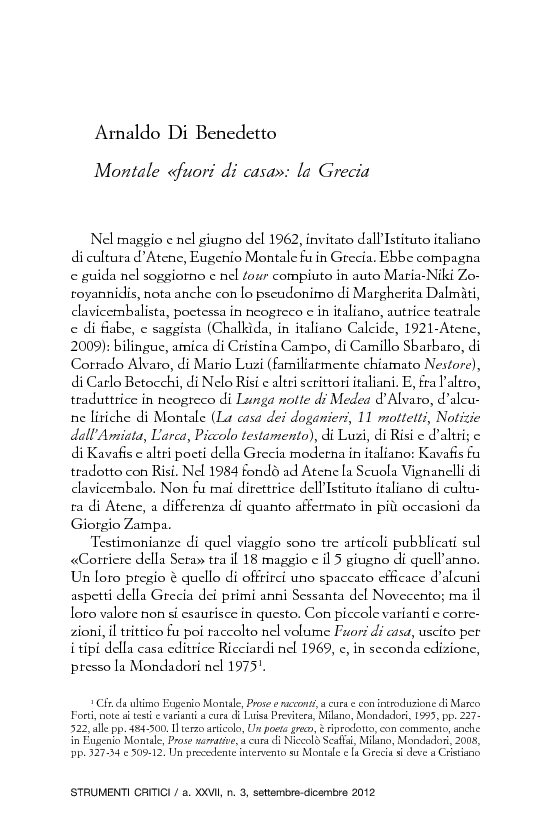