In the early decades of the twentieth century, five authors hailing from the cultural margins of three literary traditions built on national languages (English, Italian, and German) injected new creative potential into European literature: Conrad, Svevo, Pirandello, Joyce, and Kafka. All of them contributed to the creation of a corpus, here defined, through the spatial image of a «new world of the novel». Thanks to new cartographical tools (such as those Mikhail Bakhtin evolved from the study of Dostoevskij) we are able to appreciate how their ex-centric points of view represented a polyphonic 'European' experience, previously overshadowed by the centre-periphery polarity enforced and associated with the nineteenth-century predominance of the British and French editorial markets. In the postwar years, artistic avantgardes succeeded in reverting this polarity at a time when (in places like Geneva, Prague, Moscow) new disciplines such linguistics and literary theory were changing the intellectual map of Europe. These five authors, with their reconfiguring of languages and cultures, are important not only because of their multifaceted answers to the many challenges the art of literature was facing in that period of European history, but because their texts must be considered a general rethinking to apply those theories to the study of the novel. 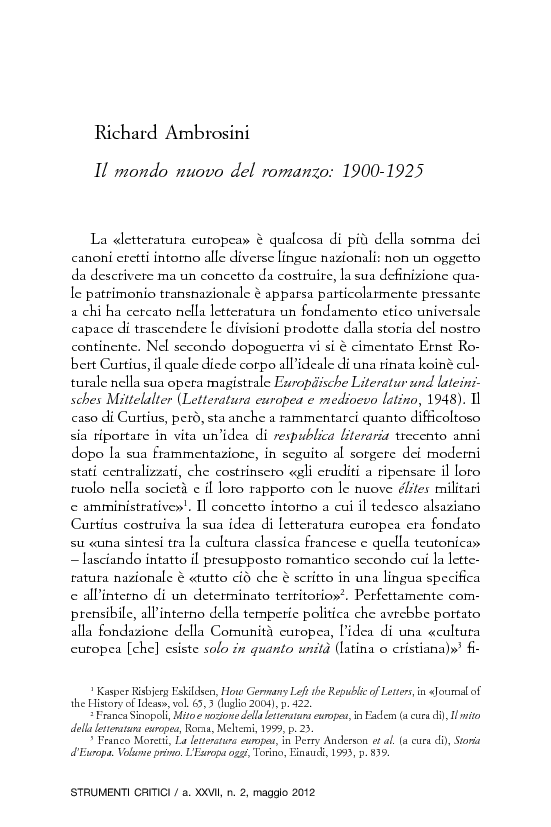