By considering Rome the city of the «seven holes» instead of the mythical Capital of the seven hills, this essay aims to identify the devices that Mario Soldati employs to represent one of the two cities portrayed in the novel Le due città. The twentieth-century morphology of the curved line and the high-low opposition respond to a strategy of symbolic stylization of space, which does not exclude the exaltation of sensitive, material aspects. The stylistic-rhetorical options, the choices of focus, the structural symmetries demystify the Capital, while revealing Soldati’s wise precision in building perhaps the most challenging of his novels. 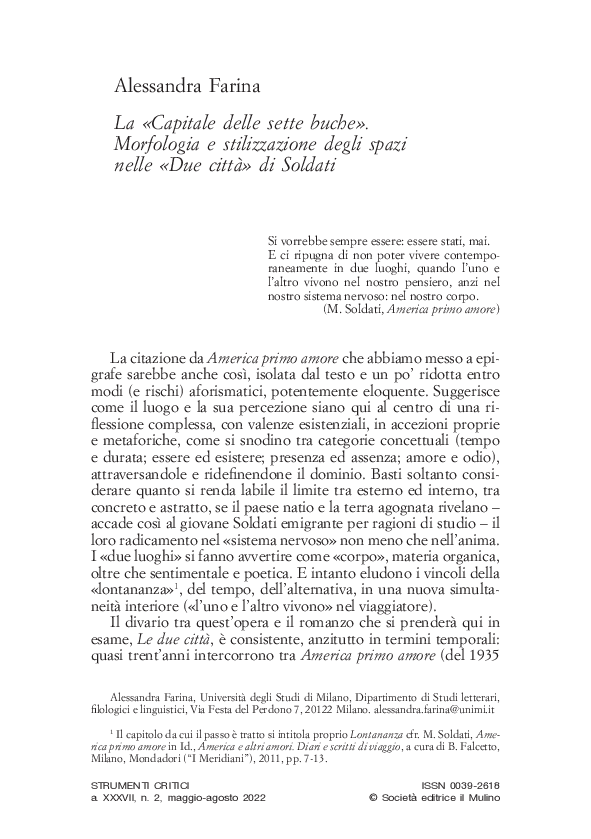