In this paper I focus on illocutionary shell nouns, i.e. the class of abstract nouns reporting an illocutionary act and its propositional content. The study draws from Vergaro (2018), which reports a corpus-based, semantic and grammatical analysis of a dataset of 181 illocutionary shell noun types grouped, following Searle, into the five classes of assertive, commissive, directive, expressive, and declarative shell nouns. The research reported in this paper adds to that study by delving in a finer-grained way into the correlation between the attribute-value sets of the noun conceptual structure and the distribution of complementation patterns within and across classes of illocutionary shell nouns. More precisely, in the conceptual dependence relation between head and complement, the complement elabo- rates salient attribute-value sets of the head. The occurrence of a shell noun in a specific lexico-grammatical pattern highlights specific correlations between attributes and values, leaving the rest in the background. Elaboration or inhibition of specific attribute-value sets is explained in terms of graded salience and accounts for the major or minor compatibility between noun and construction, as well as for specific profiling effects. 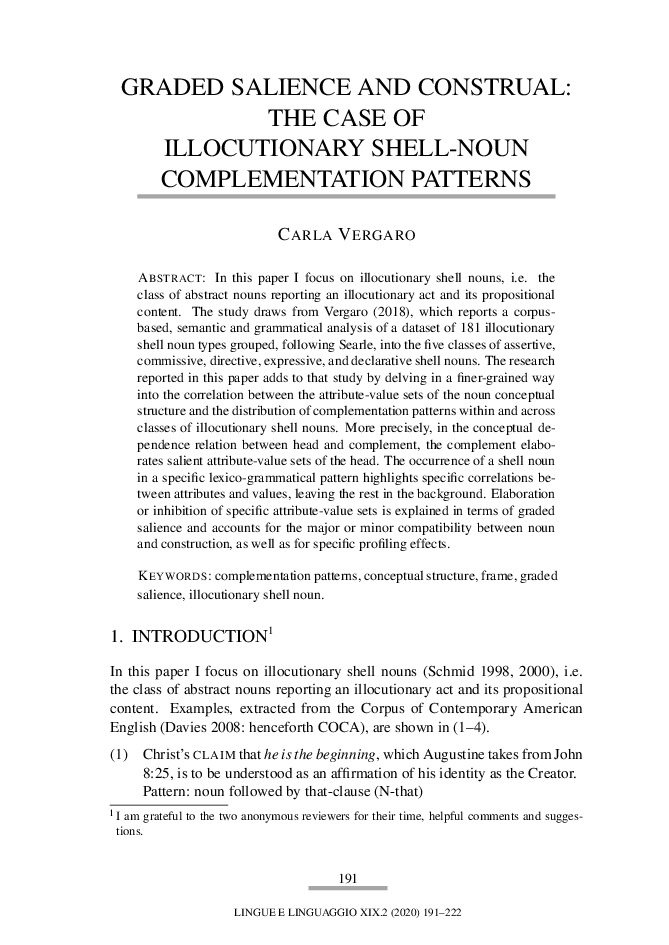