Pseudopartitive constructions are constructions of the form DP-of -NP, where the quantificational, collective or container DP head is interpreted as measuring the embedded NP. A verb can agree either with the head (Head Agreement) or with the embedded NP (Embedded Agreement). We argue that agreement alternations with pseudopartitives form part of linguistic competence. Specifically, we account for them in terms of a dual labelling option open to of -DP/NP constituents, as either PPs (of projecting) or as NPs (of not projecting). Thus, we reject the conclusion that pseudopartitives are to be accounted for in processing terms, and wholly subsumed under agreement attraction. In two studies, we investigate subject-verb number agreement (Study 1, N = 103) and gender agreement (Study 2, N = 87), in an acceptability task with pseudopartitive constructions involving either a collective noun or an approximate quantifier, controlling for the nature of the head. Results show that Italian pseudopartitives allows embedded agreement, depending on the speaker and on the nature of the head (quantifiers better than collective Ns) 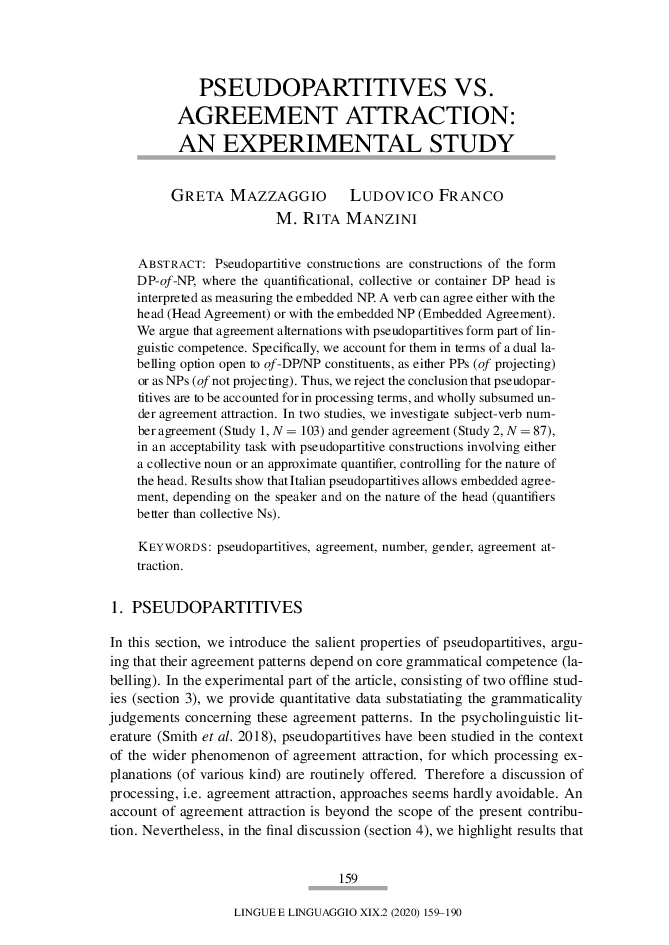