We propose a new representation of predicate-argument structure, which encodes how the participants to the event expressed by the verb change as the event unfolds. This involves a dynamic interpretation of the predicate and their arguments, and the development of a new representation designed to encode such information, which we call dynamic predicateargument structure. As a case study, we focus on verbs of creation and destruction, such as build and destroy. We refine and extend the proposal of dynamic typing presented in Jezek & Pustejovsky 2017, and provide an integrated account of the predicate-argument structures associated with these verbs and their classes. This account includes the specification of several pieces of information: the role and type of each argument; the predicates inherent in the verb semantics (called modes), which are responsible for the changes in the participants; the temporal/aspectual information that the verb encodes, expressed in terms of assignment and test of values of attributes of the participants during the event. With this information, we are able to represent how, with creation and destruction predicates, the exploitation of the resource argument results in the initiation or termination of a new object, i.e. the result. Moreover, we address and solve one of the long standing problems of scalar approaches to verb classification, namely that of defining the exact contribution of each member of a linguistic expression to the measurement of the change. We do so by allowing compositional shifts in the scale of interpretation, a phenomenon we refer to as scale shifting. 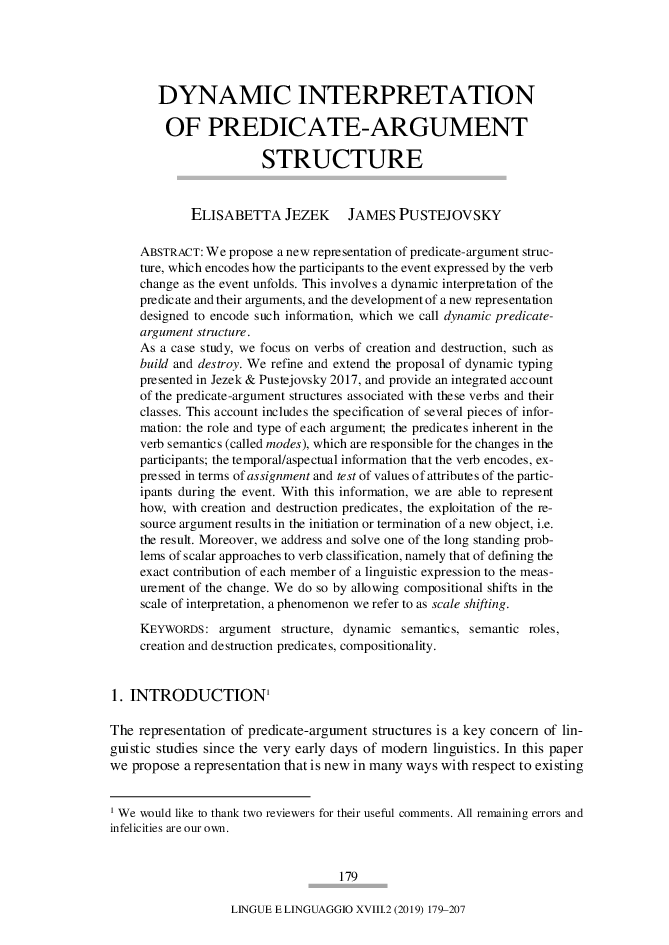