Linguistic competence is a biological faculty implying a number of muscular, neural and mental functions. Linguistic functions have phylogenetic, i.e. evolutionary, and ontogenetic, i.e. developmental, aspects. Here, I deal with biological boundary conditions and hypothetical evolutionary scenarios consistent with the appearance of language in the human phyletic line. I summarize a number of relatively recent acquisitions about the evolutionary processes and their relationship with what is known about genes and genomes. We now know, in particular, that there are hierarchies among genes. Regulatory genes control the activity, technically termed "expression", of a number of other genes. Among regulatory genes there are some, termed "master control genes", able to organize the formation and detailed refinement of extended body regions or body parts, like the eye or an arm. It is apparent that an alteration, produced by one or more genetic "mutations", in one of these genes may well have several discontinuous effects, generating in turn innovation and evolutionary novelty. It is conceivable that something of this type caused the emergence of the set of biological novel functions leading to the development of the language in our species. Also considered is the relative importance of chance and selection in forming and shaping an evolutionary discontinuity. Finally, I enumerate a number of biological features necessary, though not sufficient, to pave the way for the acquisition of a linguistic competence. 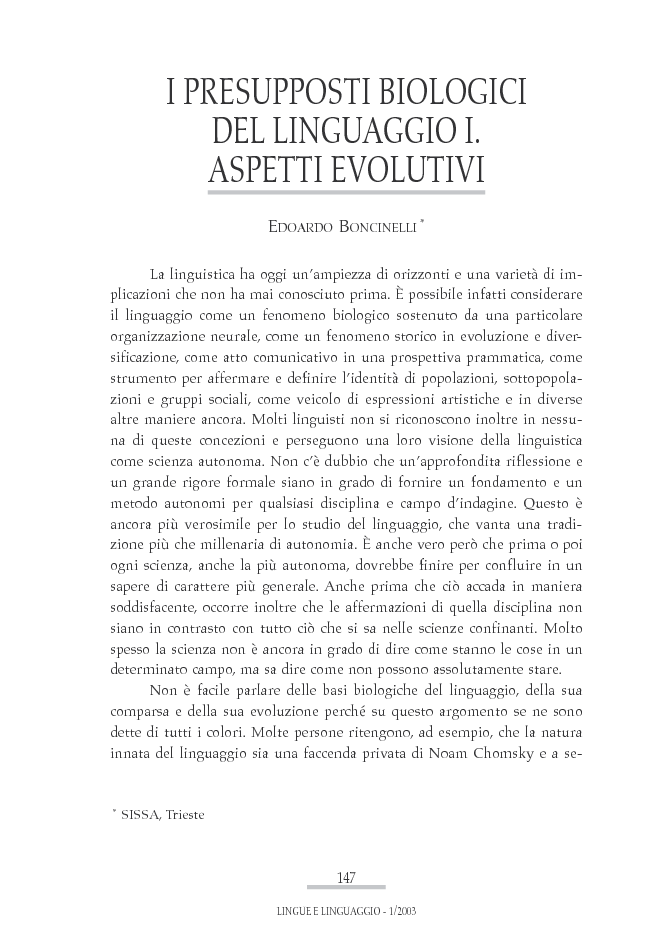