The speech of bilinguals tends to contain occurrences of language mixing, and the mixed items are often single words or word-stems. The classification of such lone other-language items as CODE-SWITCHES or BORROWINGS, and how to define those terms, has received much attention. Some view these processes as part of the same diachronic continuum, in which case there is no reason to assume that they involve different morphosyntactic procedures. Others, however, see the two as fundamentally distinct processes. Looking at English-origin verbs in the "Corpus of American Norwegian Speech", which documents the heritage language American Norwegian, I show that the way lone other-language items pattern with regards to their inflectional morphology can be explained within a lateinsertion exoskeletal approach to grammar, in which the syntactic structures are generated independently from the lexical items. Furthermore, this analysis allows a new take on the code-switching/borrowing debate, in which the two classifications mentioned above are not in opposition. 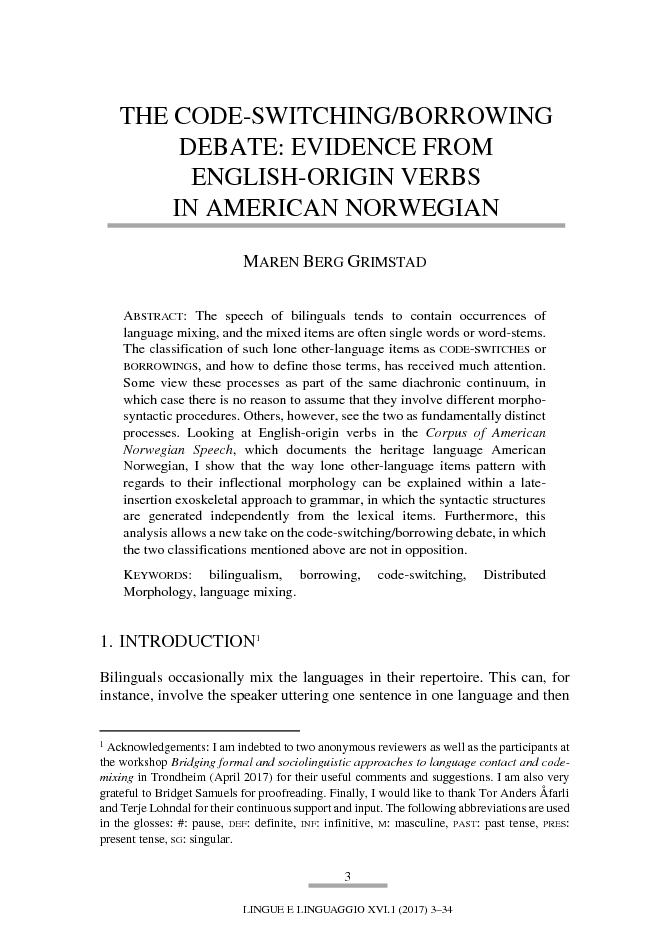