This paper presents and discusses a description of topicality and text pragmatic prominence of nominal discourse referents based on four hierarchies. These hierarchies concern the referent with respect to (a) its identifiability (± identifiable), (b) its referentiality (e.g. deictic, specific/non-specific, and generic reference), (c) its degree of semantic individualization and concretization, and (d) its syntactic function and semantic role. The paper then illustrates the close correlations between the referent's position in the mentioned hierarchies and (1) the determination vs. possible syntactic incorporation of the NP designating the referent, (2) the linguistic material of anaphors linked to the NP, and (3) various phenomena linked to the possible clefting of the NP. The paper also demonstrates that the proposed model and taxonomy is very well suited as "tertium comparationis" in a cross-linguistic approach, not least in typological comparisons between for instance Romance and Germanic languages. The correlations described are viewed cross-linguistically with evidence from Italian, Danish, and English. 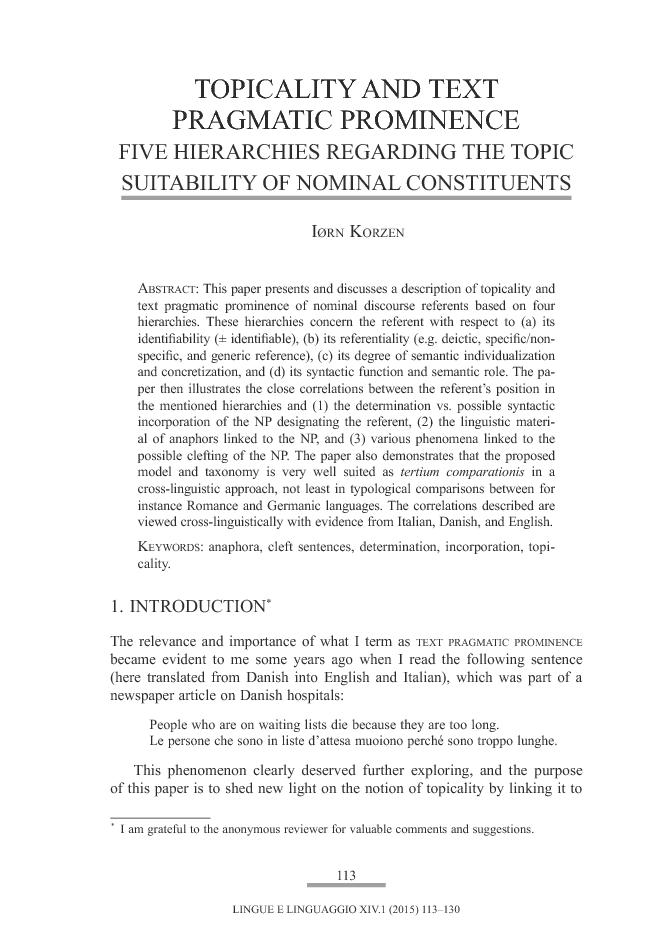