This article explores a rather neglected type of compounds, namely compounds in which the lexical category Adjective (A) is involved. We will call them Adjectival Compounds (AC) and we will show that they exhibit a rather high variety of types. The category Adjective (A) is observed not only as typical modifier, in crosslinguistically spread structures such as [A+N]N/[N+A]N, but also as head, like in [V+A]A structures and in the [A+A]A coordinate type, the most attested one. We will describe and discuss not only compounds in which A is one of the constituents (or both) but also compounds that have A as output lexical category even though no A is present as a constituent (being therefore exocentric). The role of A as a modifier in compounding is then discussed and the relation between morphological and syntactic formations containing instances of adjectival modification is analysed. 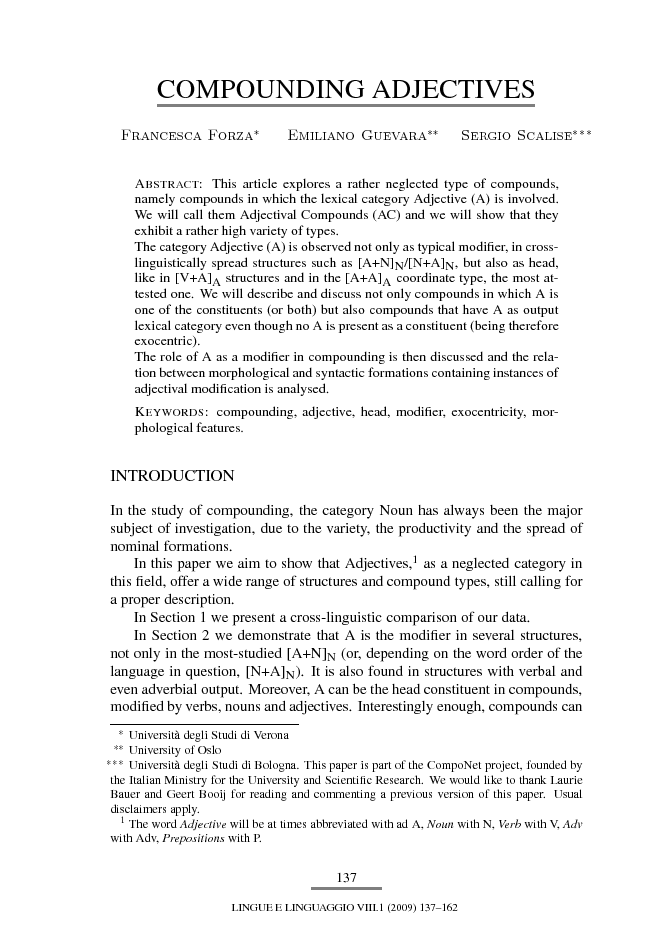