Computerized screening tasks that are automatically administered in both languages while accuracy and speed are measured may contribute to reliable identification of DLD-risk in bilingual children. To this aim, Italian and German screening tasks based on specific clinical markers were implemented on an ad-hoc designed web platform, MuLiMi. Phonological, morphosyntactic and lexical skills were tested (t1) in 14 Italian- German-speaking children aged 3;10 to 5;11 years with and without DLD living in Germany. Additionally, standardized German tests and a parental questionnaire were administered. Eight to fourteen months later (t2), participants were re-assessed, using the same tests. Results show that most scores on the screening tasks correlate with clinical parameters and standardized scores. Moreover, similar tests within the screening battery or equivalent tests in the two languages mostly correlate with each other, and they further correlate with follow-up scores. Association patterns are strongest for phonological and lexical tests, weaker for morphosyntactic tests. Overall, results confirm the validity and appropriateness of computerized testing and automatic response processing for screening purposes. 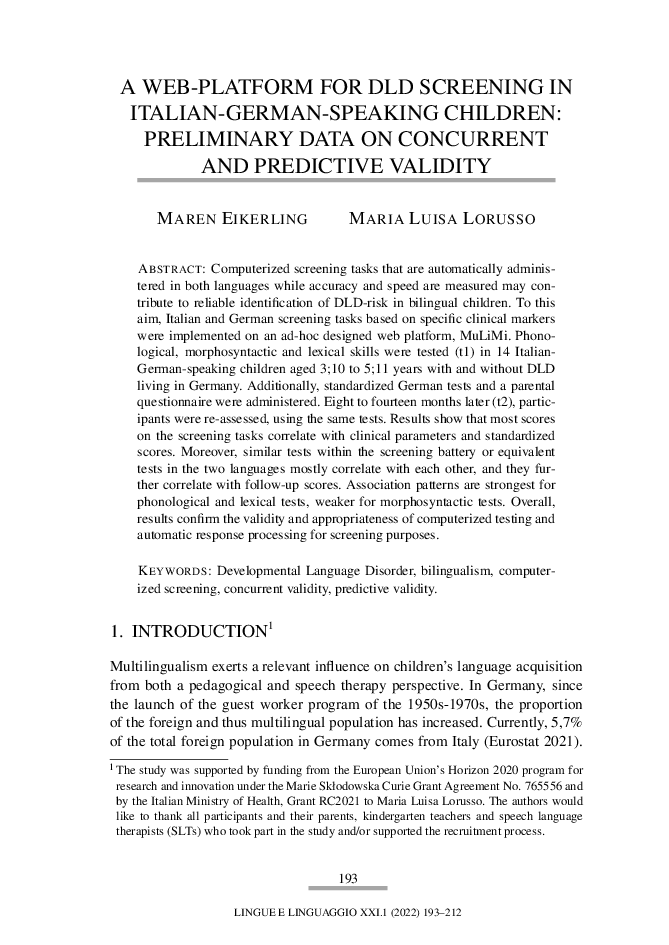