The terms "geostoria" and "geostorico", examined here from a lexicographical and a morphological perspective, are only included in the last two editions of the Zingarelli dictionary, but they had already been documented in Italian towards the end of the 19th century and in the first two decades of the 20th century. The earliest attestations of the corresponding French and English forms date back to approximately the same period. The diffusion of the term geostoria in Italian results undoubtedly to a large extent from the adoption of the term géohistoire, with specific semantic connotations, by French historian Fernand Braudel from the 1940s onwards. The recent revival of the term in Italy and its consequent introduction in the last two editions of the Zingarelli dictionary, however, are due to its diffusion in the educational system, where the Syllabus Reform of 2010 merged the subjects of history and geography into one subject in secondary schools. 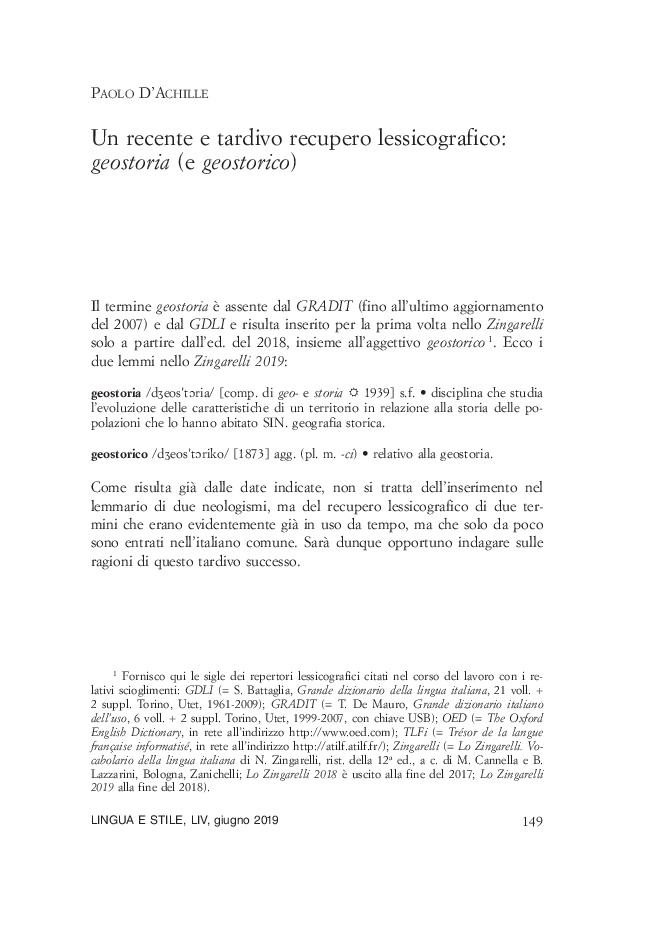