"Cortona convertita", written by the Franciscan friar Francesco Moneti (1635-1712), is a satirical and anti-Jesuit poem divided into six cantos, each containing a variable number of eight line stanzas in "ottava rima". Based on the poet's study of the language spoken by lower classes, confirmed by the large number of proverbial expressions, obscene words and figures of speech, the fifth canto preserves a dialectal eight line stanza characterised by an Aretino-Chianaiola patina. These verses are inserted with an expressive purpose and relate to the public confession of Margherito da Peciano, a rustic. This article analyses the variants, preserved in a restricted number of manuscripts, linked to this eight line stanza and consequently to the Aretino-Chianaiola dialectal area. 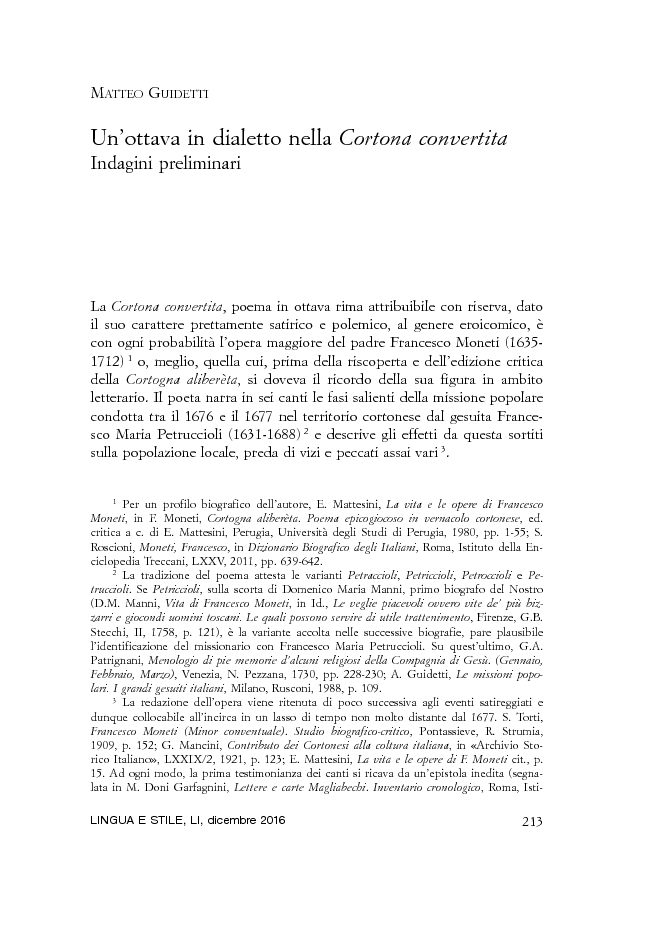