The paper provides the edition, with a linguistic commentary, of four endorsements, which can be useful to enrich our knowledge about the medieval vernacular of Rome, especially poor of documents in comparison with those spoken and written in Tuscany, in Veneto and in many towns of central Italy. Two texts are due to the notaries who drew up the deeds on the recto of the parchments, while the others, the most ancient, must be ascribed to merchants active as money-lenders on international scale. Therefore they witness also for Rome the early written use of the mother tongue in tradesmen's records. 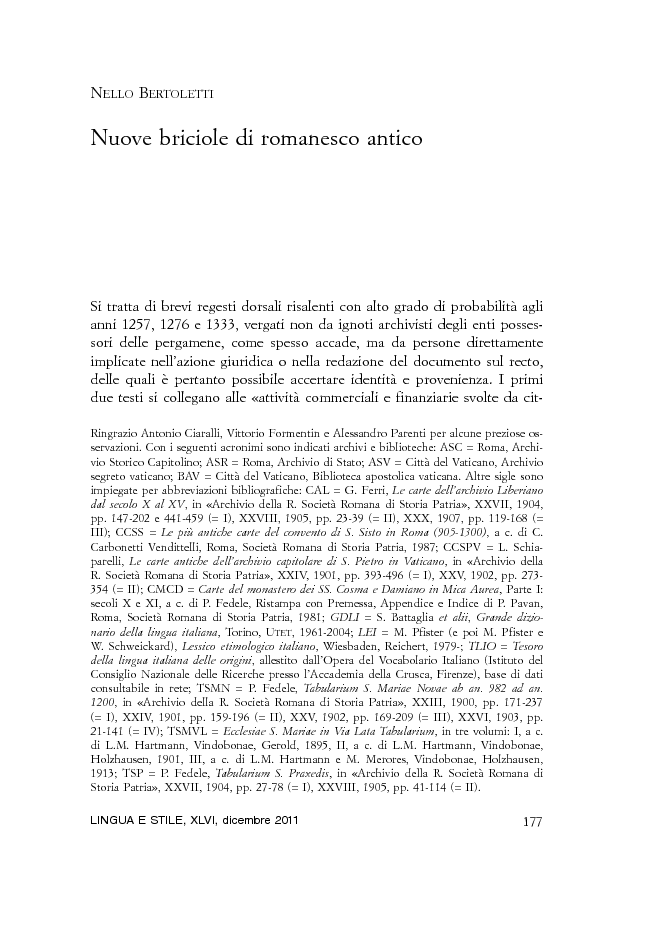