The essay analysises Michel Foucault's conception of «Ordoliberalism» as it is exposed in his "Birth of Biopolitics". Particularly, it is argued that this conception does not provide a proper distinction between «Ordoliberalism» and «Neoliberalism». As a consequence, «Neoliberalism» is regarded as a linear development of «Ordoliberalism». This conclusion is possible since Foucault does not take into the account the Ordoliberal conception of the State. A close reading of the German Ordoliberals' works, however, allows highlighting the limits of this interpretation, which is widely assumed by contemporary scholarship withouth an appropriate scrutiny. Far from regarding the market as a «constituent power», the Ordoliberals provided a specific, strong and non-Keynesian conception of the welfare state. Neoliberalism, therefore, is not the accomplishment of the teleological evolution of liberalism, but rather an historical event still open to criticism and change. 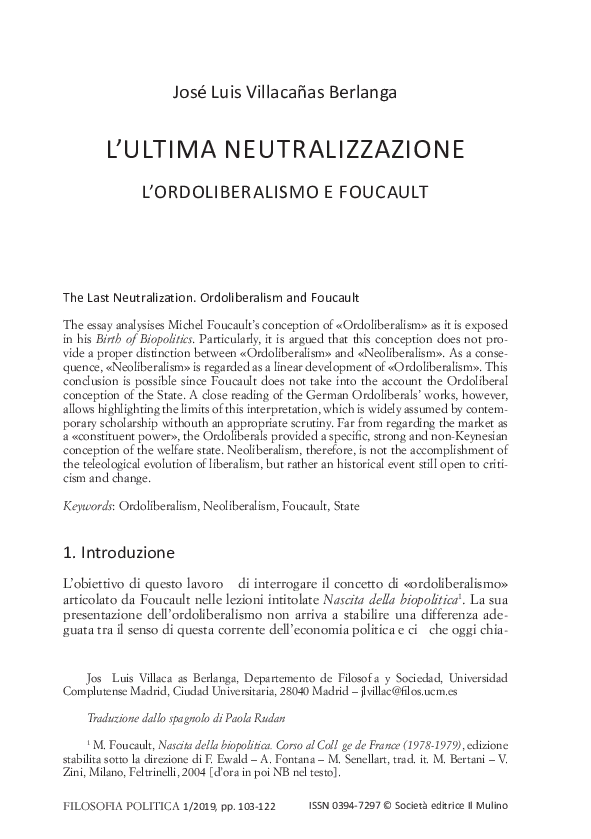