This essay aims to trace the evolution of the concept of «police» in Michel Foucault's work, in order to highlight its relevance for an analysis of modern penitentiary and identification systems. In the first two paragraphs, the transition from mercantilism to liberalism is analyzed, connecting the metamorphosis of the concept of «police» with those of «population» and «poverty». In the third and fourth paragraphs, the broader restructuring of administrative power is identified, of which police is just one of the multiple elements, through the themes of penitentiary system and the generalization of the papiers, thus interlacing Foucauldian analysis with social and administrative history. In conclusion, what is at stake with a critical theory of police power and its relevance for the study of the government of contemporary migrations is highlighted is summed up. 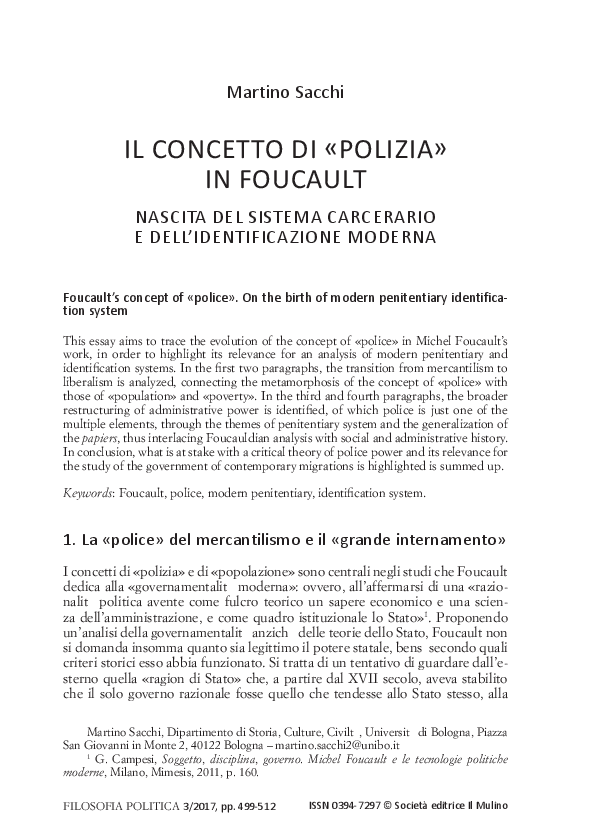