Starting from three recent books, the article focuses on some aspects of the pure theory of law. Many authors have criticized the abstractness and excessive formality of the Kelsenian theory, because these aspects hinder the understanding of the political and juridical reality. However, a deeper analysis of his works can reveal an essential link between theory and reality. In particular, the formal approach to the juridical theory is strictly correlated with a strong democratic view. Moreover, the Kelsenian criticism of the most important concepts of constitutional law and of the traditional theory of the State is at the same time a hard criticism of their conservative nature. For these reasons, the pure theory of law paradoxically seems to be neither pure, nor apolitical. However, this profitable ambiguity is one of the most interesting sides of Kelsen's theory and made this theory particularly appropriate to describe the intricate appearance of our society. 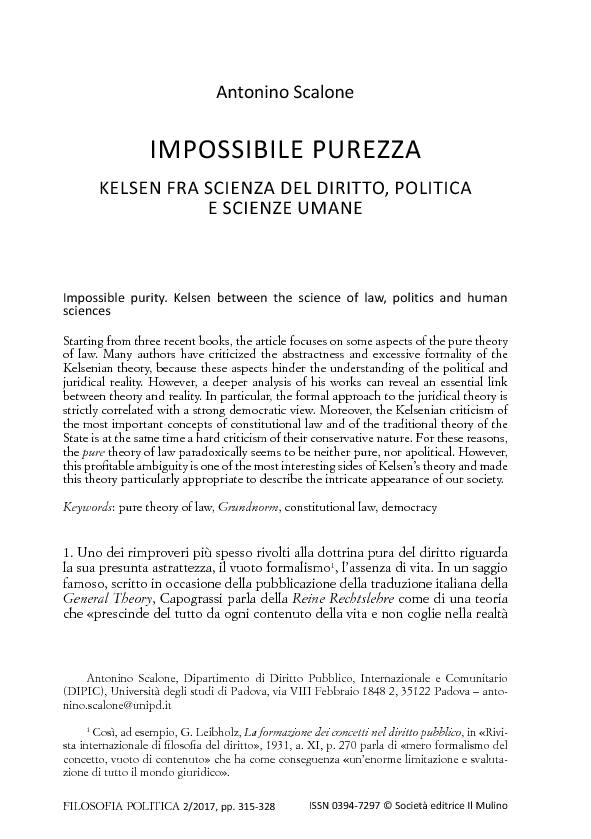