The essay suggests that, during the last decades, the prevailing discourses, both in politics and in philosophy, contributed to defuse radicality, both of politics and of philosophy. The fall of the Berlin Wall has fueled many irenic illusions. However, beside the normativist ingenuities concerning the world government and the human rights religion (that have been cynically instrumentalized in order to justify wars-not-wars), what actually prevailed was a form of capitalistic absolutism that has forgotten the lesson of political realism. Neoliberal hegemony conquered the monopoly of the idea of freedom and distorted it, while globalism interlaced the contradictory beliefs of the Marxist vulgate. A wrong-headed hostility against the State has brought to a devaluation of democratic sovereignty and social rights, thus colluding with the neoliberal depoliticization. 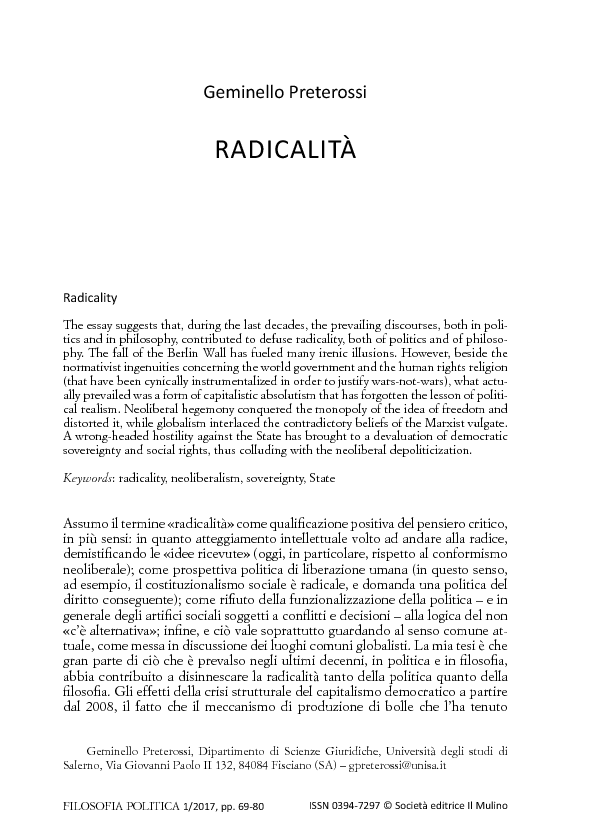