Both the concept of "critique" and the concept of "crisis" entail a dualism that can be traced back to their Greek origin. This means that the thought applied by critique is conceived of in the intellectual guise of "theory", that allows to criticize the error starting from a known truth. The overcoming of the contradictions pointed out by the critique would then occur through a "form" finally just in itself. The "philosophical critique" is of a difference nature, that can be observed by analyzing Kant's thought and, in an exemplary way, also Plato's and Hegel's ones. The philosophical movements exposed, in different ways, by the images of "elenchus" and "Aufhebung" is meaningful for history of concepts, insofar as, starting from the knowledge of the aporimes of "modern political" concepts, it paves the risky path for a different mode of thinking politics. 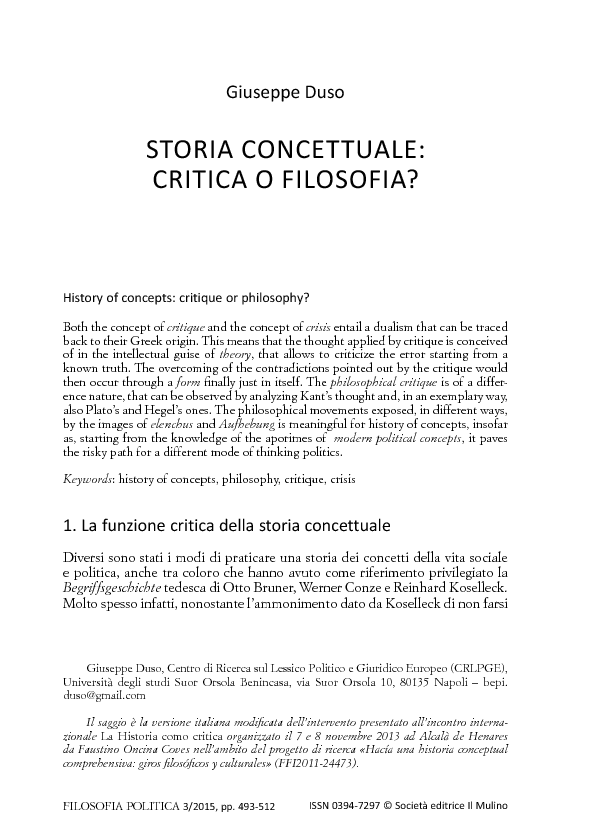