Equality is one of the most important and controversial concepts of contemporary philosophical and juridical thought. Alongside problems concerning its content, the so-called "critical theories" debate the neutrality associated to its abstract formulation. Indeed, traditional conceptions of equality do not make clear the asymmetrical positions of the individuals involved in the relation of equality. In doing so, they mask the relations (of domination and oppression) existing between them, giving priority to the individuals who have a position of power in the society. Conversely, critical theories have their focus on the weak part of the relation, and fight to obtain recognition of the different groups. The Authors argue that it is necessary to unmask the dynamics of power operating in society, so to make equality really sensitive to differences. This step is necessary to adopt regulations where equality and difference are both finally embraced. Having this aim in mind, the Authors suggest to shift the attention (in the theoretical as well as in the normative sense) on individuals or groups that hold discredited, oppressed and discriminated positions. 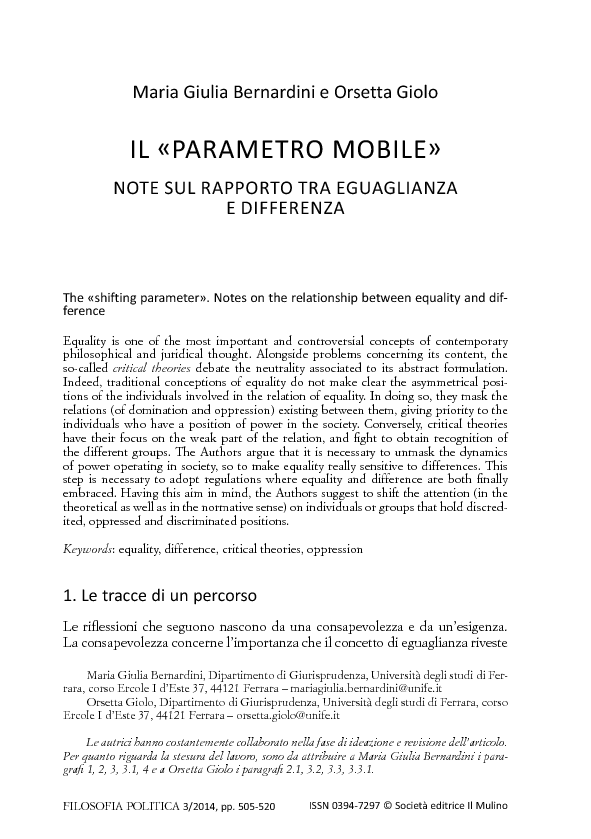