Hegel, by tackling the modern natural law tradition on the one hand and Enlightment crimilan law on the other, aims at objectively outlining justice. The Hegelian polemic has primarily to do with the relation between right and morality; Hegel's notion of justice, while opposing the merging of moral and juridical arguments, is immanent to the sphere of law. A radical depersonalization of justice is the aim, insofar as justice is often prey of an infinite progress - as in revenge - whenever the agent of justice is a subjective will. Kervegan, however, highlights the predicament which would undermine the reparation of the crime: the inevitably contingent feature of punishment, which must nevertheless be just, can only yield the positing of a moderate decisionism. 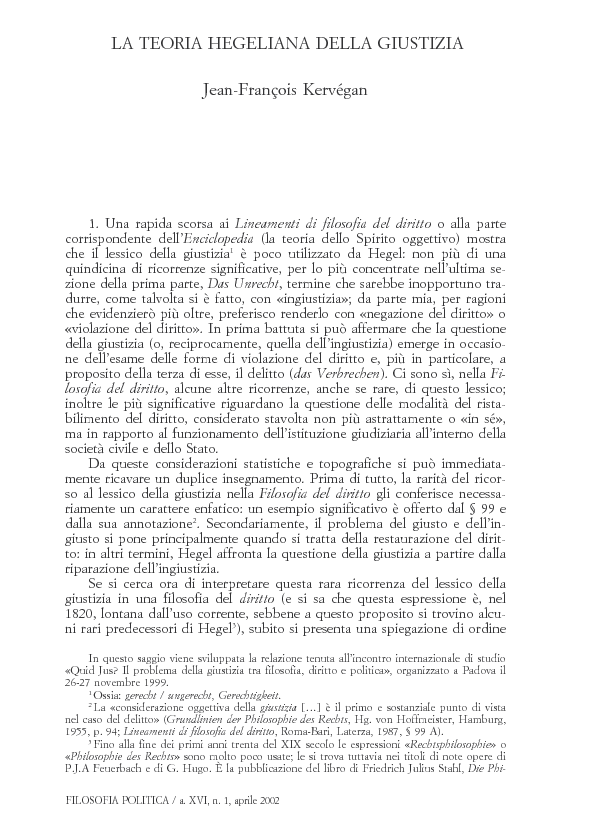