The word «faith» can be used in order to express the limit of a social order. From a comparative and historic view, however, this term relates to many concepts, whose connections are neither self-evident, nor clear and univocal. Referring particularly to the ancient fides and pistis, which mostly mean «confidence» and «belief», the paper points out a perspective on the organization of the human relationships, which doesn't assume it as an homogeneous order, but, on the contrary, considers its structure as a world where many different, just incompatible measures coexist and operate. Could it be said, perhaps, that a political point of view exists because and as long as there are many «theologies», or even many languages? 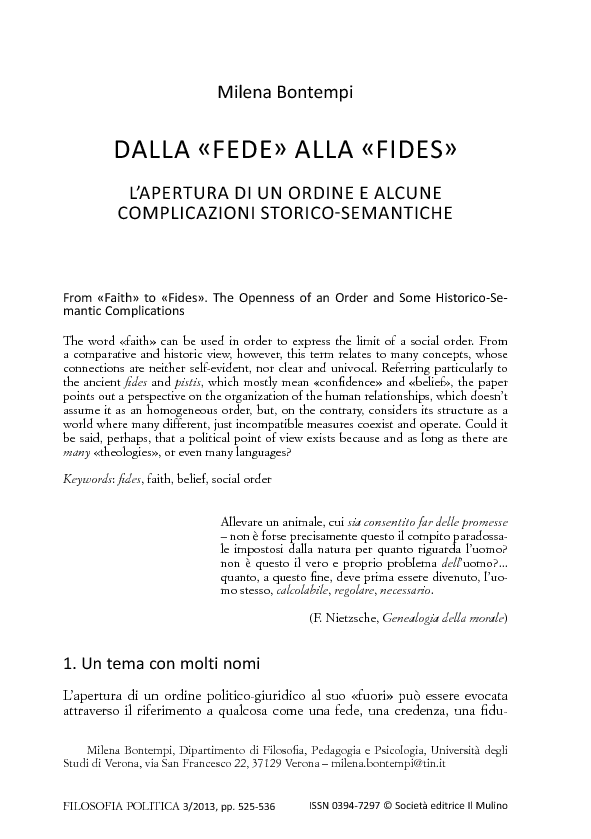