The essay discusses the fecundity of the theoretical core of Gramsci Prison Notebooks in front of the developments of «democratic» dialectic. A parallel is drawn between the categories adopted by Gramsci in order to define collective action, on the one hand, and the contemporary forms of political mobilization, on the other hand. The latter appear to be characterized by a lack of universalistic references, and focused on the pragmatism of immediate action, in the field of an overall cut between social and political action. Furthermore, it is pointed out a return in the contemporary scenery of the political problems faced in the Notebooks: the crisis of political parties, the transformism, the crisis of the authority of the institution, a spreading apoliticism. These fenomena are read through the Gramscian discussion of the phases of transition, characterized by the crisis of the symbolical forms and by a regressive process affecting modern politics. 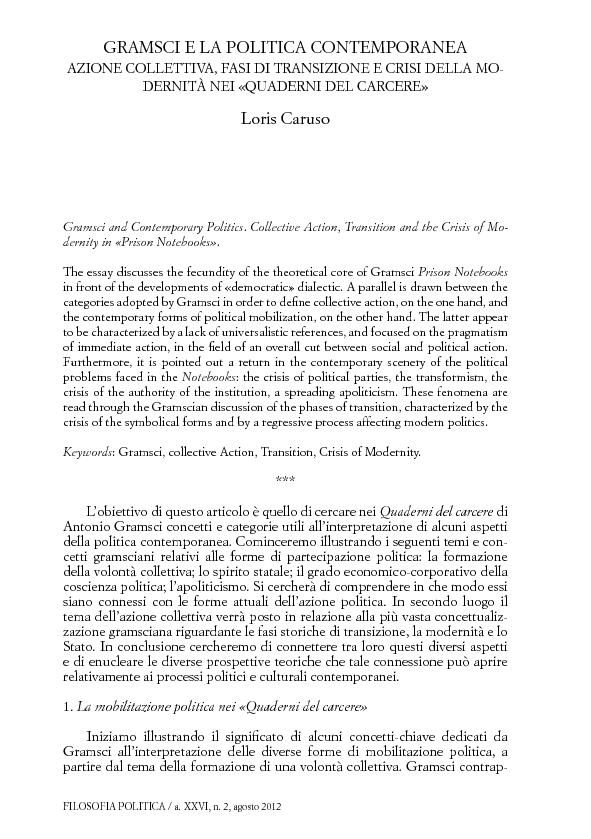