Pascal engages in thinking of a possible just without resorting to a natural just - in a thomistic onto-teleological sense and/or in the sense of the calculating ratio, typical of modern jusnaturalism, embraced by Hobbes -. After Original Sin, men are indeed unable to know and accomplish such a natural just. But the space of radical contingency they have ended up in finding themselves, the space of «disproportion», can host an order complying with a «raisonnable» justice, which can be theoretically sustained even after coping with the implausibility of conceptions of reason, such as the Hobbesian one, claiming to obtain from it more than human «faiblesse» allows to achieve. Reasonableness and contingency are the benchmarks for an idea of justice and of the «political body» applying to the mundane sphere a Cartesian provisionality, meant not as a mere epistemological device, but as an ontological datum. 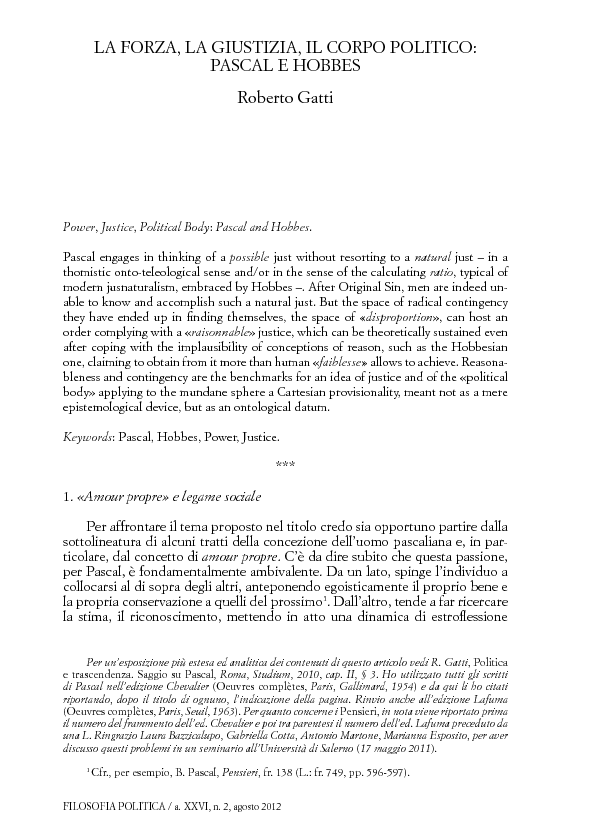