By combining political theory and analytical narrative, the paper uses Plato's Allegory of the Cave to think about the role and the place of the philosopher within the city. By means of a game, the Authors identify a variety of tensions between truth and opinion as well as, more generally, between the polis and the world of ideas. These tensions are exemplified by three different types of philosophers: the oracle, who decides to speak out in the cave because he gains an expressive utility from doing so, whatever the impact of his words on the audience; the militant, who talks but whose confidence in his truth makes himself blind to the world; and the politician, whose ambition to live between abstraction and engagement in a democratic polis could bring him to the seemingly paradoxical choice of expressing his judgment by means of his silence. In the latter perspective, the «sound of silence» is a radical anti-censorship strategy in a (political) space in which it is only legitimate to convince, not to convert, someone. As such, it becomes a resource for political theory through which answers can be offered whenever empirical and formal solutions are not available. 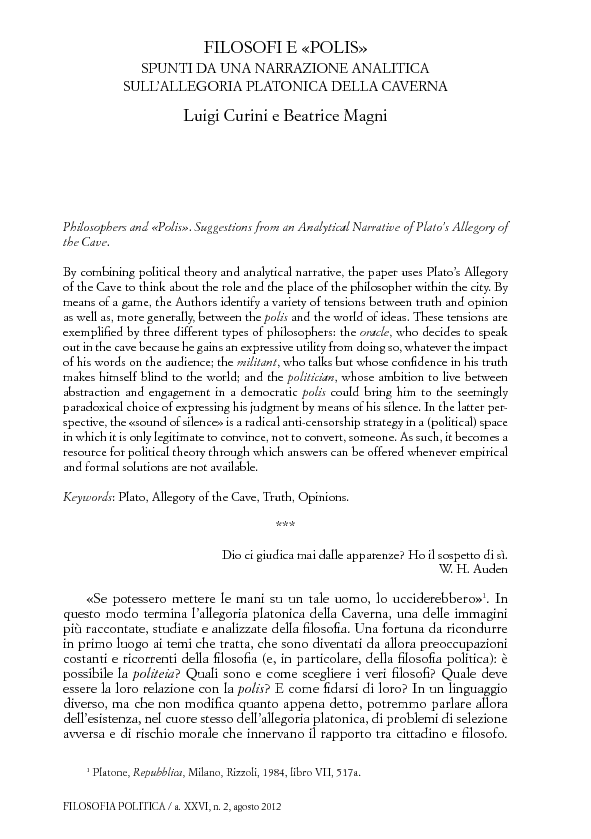