The Author assumes that, from the historical and military point of view, the concept of imperial wars does not point out a specific or homogeneous historical phenomenon. Yet, this definition seems able to catch a unitary - though complex - political subject: the wars of colonial empires. The essay reconsiders some of the features and images of these imperial-colonial wars, in order to understand if these features could be applied to more recent conflicts. Through the reading of T.E. Lawrence, it is pointed out the specific character of the war in the colonies, which differs from the planned total war fought in the Western world between 1914 and 1918, mainly when the decolonization wars of 20th century are taken into the account. Their specificity concerning the conception of the enemy, the military doctrines, the scale of the war itself is analyzed to show some aspects of continuity with contemporary wars. At the same time, it is stated that there is not, in contemporary international situation, an imperial condition, so that it could be possible to suggest that the age of imperial wars ended with that of the empires. 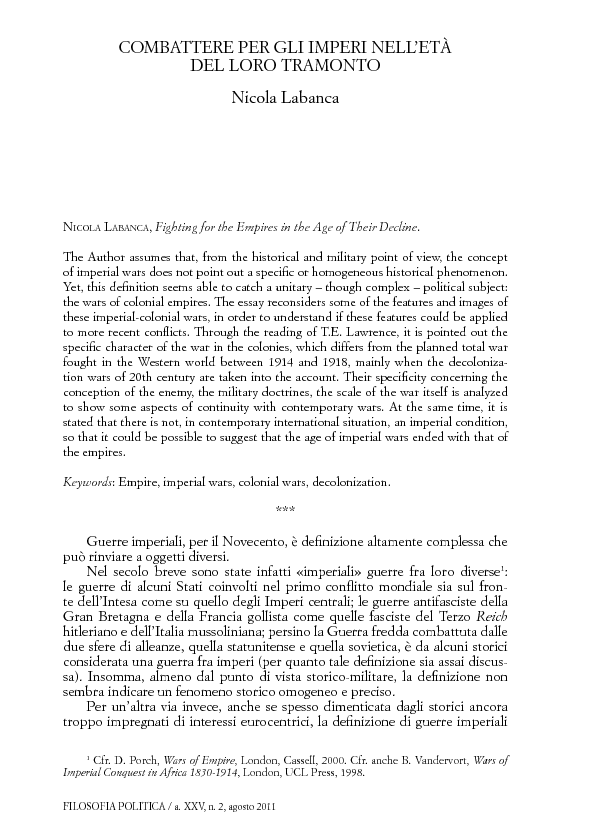