The historical and theoretical inquiry into the categories of modern politics, on the one hand, and the political analysis of contemporary experience, on the other hand, show that the classical modern conceptual apparatus is not able to provide a complete understanding of the contemporary dynamics of peace and war. Particularly, the link between State and war lost its political and legal centrality. The relationship between war and Empire represents an alternative pattern which displays an extraordinary relevance in several historical contexts - not only the western one - and a strong hermeneutic value within the contemporary scenery. According to these premises, the proceedings of the international conference "Imperial Wars", held in Bologna on 19 and 20 November 2009, now collected in this special issue of «Filosofia Politica», aim to analyse - through the discussion among Italian, European and American scholars coming from different disciplines - the critical and epistemological force of the category of "imperial war", in order to introduce it into the scientific debate. 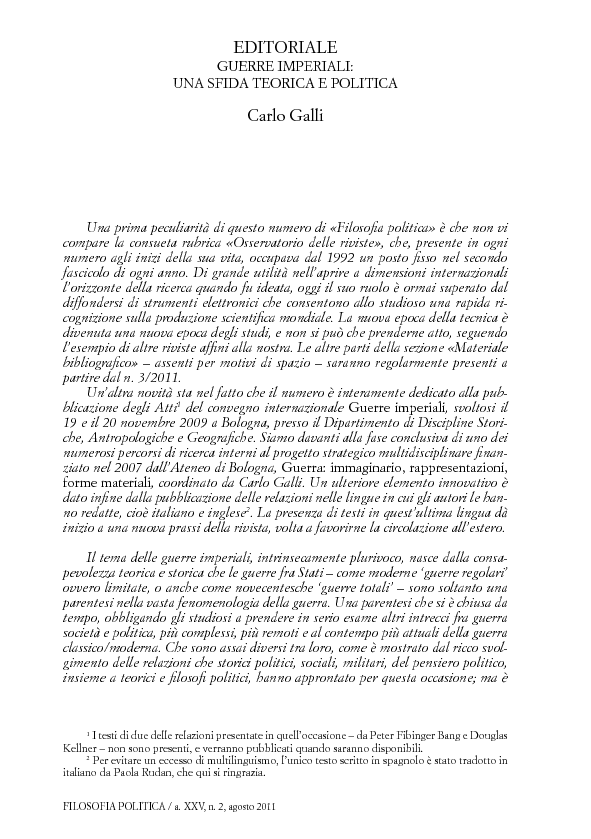