Biopolitics occupies a central role in classical-modern philosophy well before its the¬matization by German anthropology and French post-structuralism. Particularly, fear is openly transformed - via political theology - in something productive of order, public force, history. Moving from these assumptions, the aim of the essay is to pave the way for a political genealogy of fear. Some conceptualizations of fear - mainly those of Ma¬chiavelli, Hobbes, Hegel and Nietzsche - are therefore analyzed, arguing that fear is not erased but turned into a political and theoretical function. 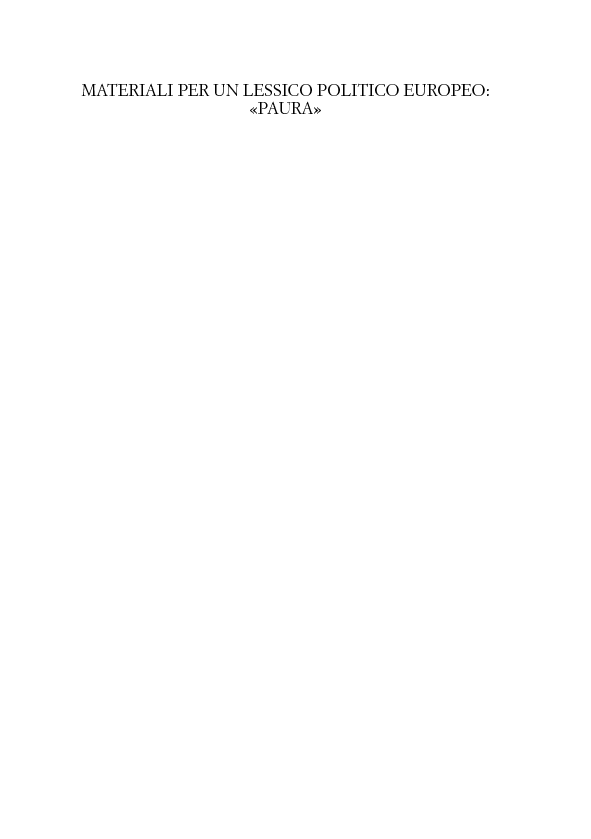