The essays analyzes the relationship between the establishment of the Spanish administrative State - leaded by José Monino, conde de Floridablanca - and the beginning of the war of independence in South America, looking particularly at the experience of Simon Bolivar. The Author argues that the reform of the administration enacted by Floridablanca accelerates the movement of emancipation in Latin America, and determines its contradictory character. At the same time, administration constitutes an element of continuity within the revolutionary rupture among the colonial and the post-colonial States, insofar as the latter are, since the beginning and before the constitutional processes, administrative States. 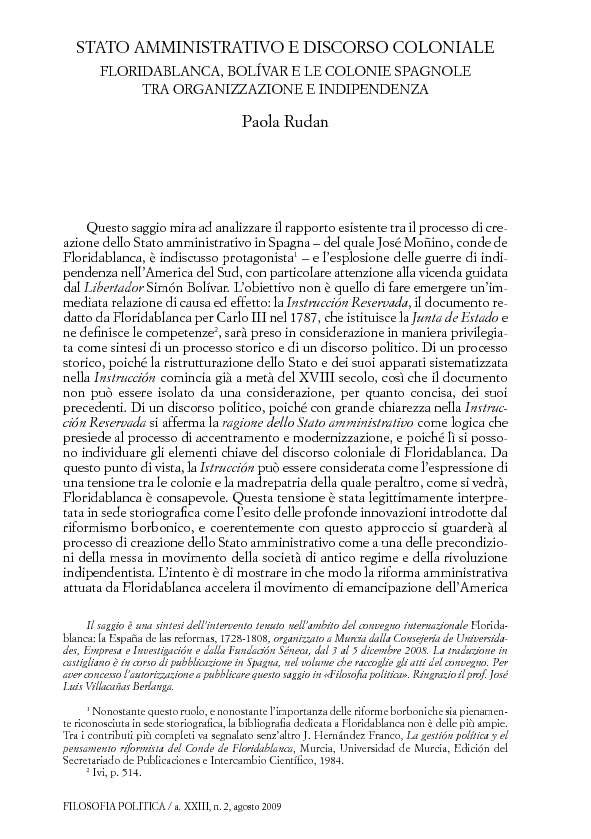