The essay discusses the book by Laura Bazzicalupo, "Il governo delle vite", Laterza, 2006), devoted to the relationship between biopolitics and economics in the light of the notion of government. Life becomes invested by rational government techniques, aimed at rendering it more and more productive, subject and object, at the same time, of incremental comsumption. Following the thread which in the volume moves from Schopenhauer to 20th century theorists of economic marginalism, the A. highlights how in the book emerges, in an original way, the figure of the desiring subject - which is at the core of Western bioeconomical rationality. 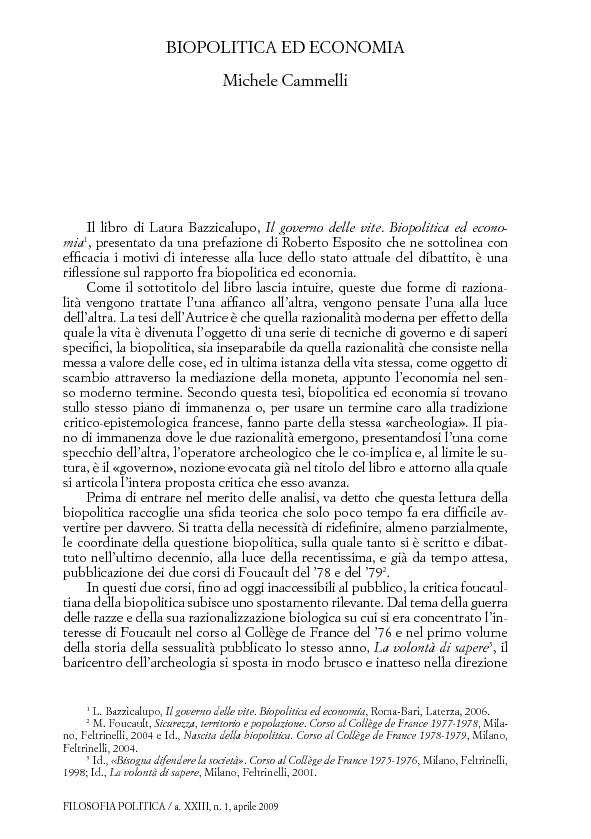