An Historical and Moral View of the French Revolution (1795) is one of Wollstonecraft's most interesting writings, at least from a political point of view. If her philosophical and political commitment to the defence of the revolutionary cause dates back to the Vindication of the Rights of Men (1790), in this work it becomes clearer that her faith in the Revolution is based on an optimistic and progressive view of human nature. Inscribing herself in the radical tradition of such authors as Rousseau, Paine Burgh and Price, Wollstonecraft sees in the disappearance of the aristocracy a chance of freeing the body politic from all social pathologies caused by a heteronomous and hierarchical society, dominated by values of appearance and theatricality. The Revolution thus embodied the hope of a sort of anthropological and moral conversion, that might lead to a change in society's and, later on, to a simplified unicameral constitution. Within this political project, even in this work in which the theme does not have the centrality that it assumes in the Vindication of the Rights of Woman (1792), a domestic sphere transformed by the achievement of a marriage democracy has a crucial role in the creation of a more authentic sociality. 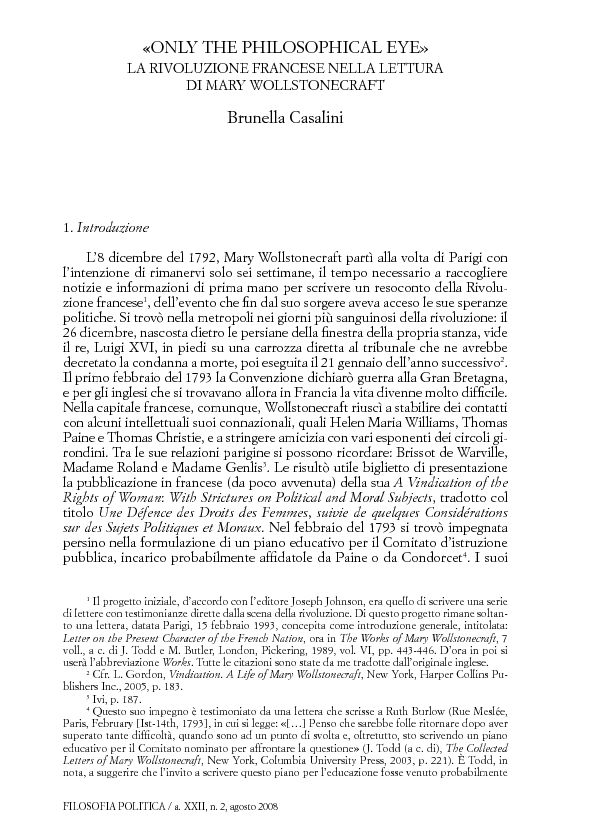