The essay reads Simón Bolívar's political thought through the contradic¬tions exploded with the civil war, after the Declaration of Independence of the First Republic of Venezuela. The "Libertador"'s republicanism is understood, on the one hand, through the political and conceptual heritage of Voltaire, Rous¬seau and Helvetius; on the other hand, by analyzing his dictatorship through the history of the concept and in the light of Bolívar's appeal to the mythical character of the "Legislator". At its interlacement with history and practice, Boli¬varian constitutionalism reveals a disciplinary tension, and the "doctrina del Libertador" can be read as a thought of modernity always oriented, as such, toward the comprehension of the crisis within the new political order. 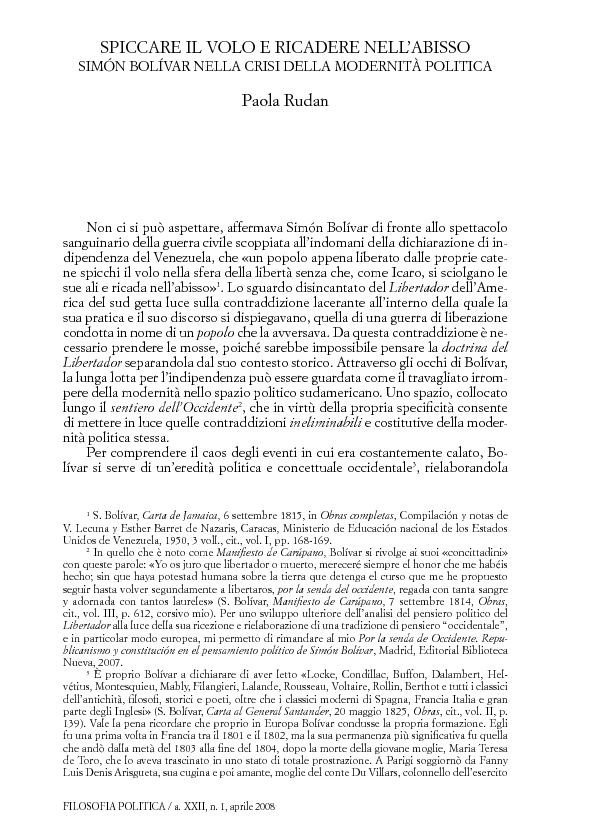