During the Sixties in the US, in the midst of the protest, the theory of disobedience was at the centre of an intense debate, which developed in a complex and articulated way, especially in the liberal and radical environment, thereby producing important practical-political as well as juridical-institutional implications. The essay analyzes in particular Rawls', Walzer's and Arendt's positions, thereby trying to grasp the difference that separates these authors from Thoureau's individualistic model. The essay also aims at highlighting the "American nature" of the phenomenon of civil disobedience and showing how it connects with the American institutional and social scenarios. 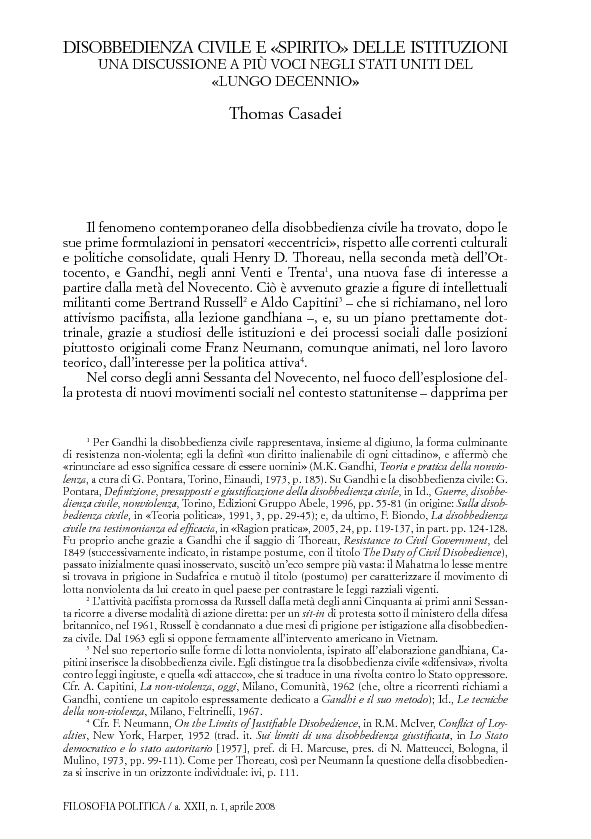