The essay maps the political and juridical meaning of the biblical episode of Adam's disobedience, which represents the exoteric core of most of the constitu¬tive features of Christian mythology. It is in force of Adam's gesture that man has acquired the worldly form of life, has opened himself to a wider world, different from that of the garden of Eden, has entered time and history, has experienced power over other men, has become in need for salvation and for the advent of a Messiah able to redeem human nature. The Author demonstrates that Christian anthropology, cosmology, philosophy of history and theology are all based on the gesture of disobedience through which Adam has inaugurated human life. 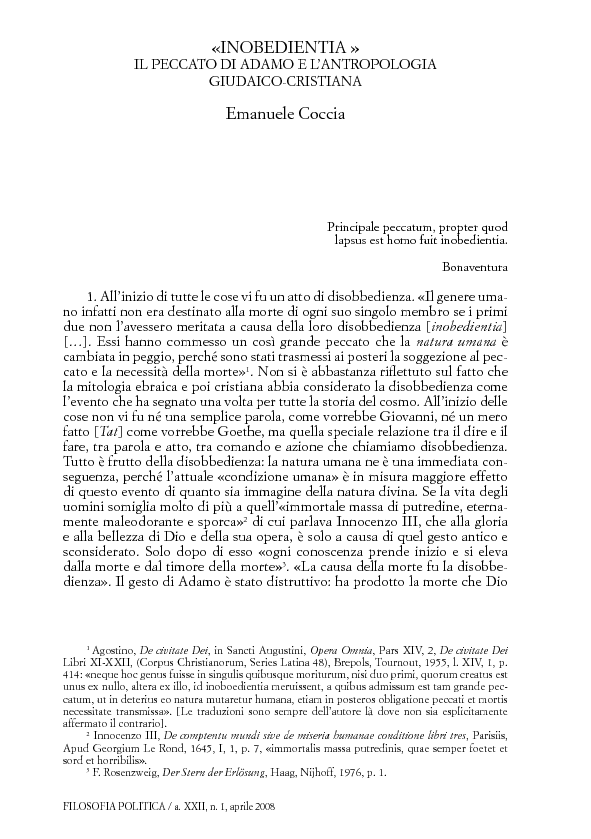