In the context of a deep rethinking of the role and the aims of the British Empire after the American crisis, and the consequent collapse of the Western Empire and the French Revolution, the reflections of Utilitarism, and in particular, James Mill's on India, represent a turning point between the idea of Empire that have been dominating the preceding centuries and the view that will be enacted at the end of the first half of the 19th century. The time stretched between the American crisis and the so-called "age of reforms " in the 30s of the 19th century gives body - through the most important historiographical work of the time, the J. Mill's "History" - to a view of the Empire as an increasingly active, unitary, organic political reality. 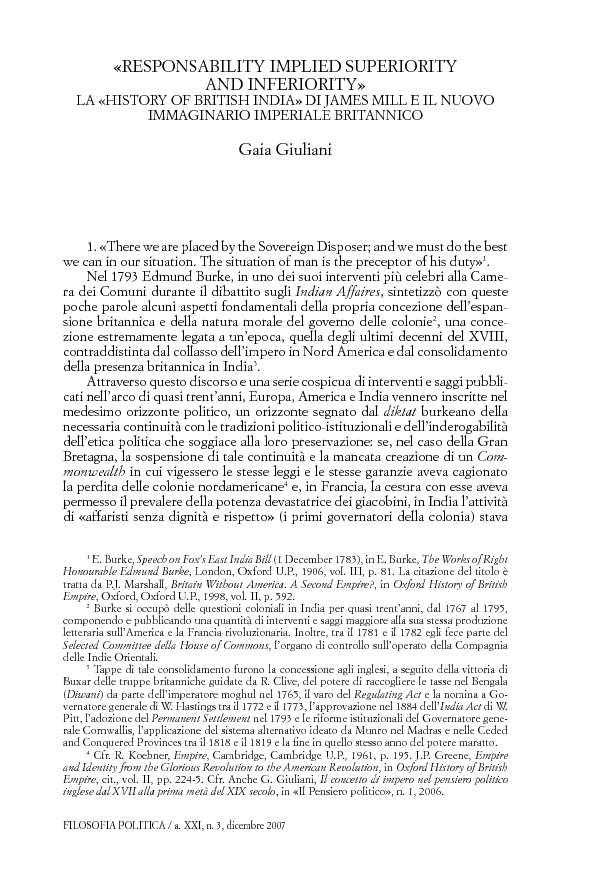